How to Recover From Burnout as a College Student

Of course, most Americans know the mantra by now: “Exercise is good for you,” and “People should exercise more.” These oft-repeated pieces of advance aren’t necessarily wrong; in fact, they’re by most estimates true for most Americans, or anyone – really – who happens to be living in a post-industrialized country.

The message is the same: Exercise more.

In her 2020 book, Exercised: Why Something We Never Evolved to Do Is Healthy and Rewarding, author Daniel E. Liberman explores the fascinating history of exercise and explores exactly why exercise is good for us. The reasons are complex, but to boil it down: Anyone alive today is decedent from our ancient, ape-like ancestors who evolved in environments where physical activity, strength, speed, and endurance could be the deciding factor between survival and extinction.

Eighty thousand years may seem like a long time ago, but it is merely a drop in the evolutionary bucket.

That said, “We never evolved to exercise,” writes Liberman. “Exercise today is most commonly defined as voluntary physical activity undertaken for the sake of health and fitness,” she writes, adding: “But as such it is a recent phenomenon.”

Experts recommend that we each get 150 minutes of exercise per week, with most Americans falling low below this mark.

“Everyone knows they should exercise,” Liberman writes, “but few things are more irritating than being told to exercise, how much, and in what way.”

Liberman explores the different “flavors,” if you’d like, of exercise, including strength, speed, sleep (yes, sleep), fighting and sports. Each one of these dimensions of human fitness has its own science and history devoted to it, which the author explores. And yet, conversely, some of these same time-honored exercises or aspects of fitness have become transformed into their own world-wide businesses.

“Walking, jogging, and many other forms of exercise are inherently free. But giant multinational corporations entice us to spend lots of money to work out in special clothes, with special equipment, and in special places like fitness clubs,” Liberman writes. “We also pay money to watch other people exercise, and a handful of us even pay for the privilege of suffering through marathons, ultramarathons, triathlons, and other extreme, grueling, and potentially dangerous sporting events,” she adds.

Finally, we might all agree that exercise should be an important activity, but exactly how, when, and where we exercise continues to play out. 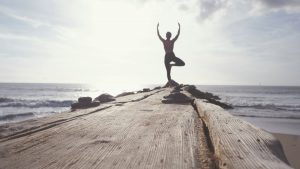 Lieberman, D. E. (2020). Exercised: Why something we never evolved to do is healthy and rewarding. Pantheon Books. New York, NY.