May is Mental Health Awareness Month

Self Care Sunday- 8 Ways to Revive Your Self-Care Routine

How to Leave a Toxic Relationship: 22 Signs and What to Do

May is Mental Health Awareness Month

Increasingly, more and more attention is being paid to mental health.

This is good news, particularly because – for many, many decades (even for centuries) – stigma, misunderstanding, and, in some cases, discrimination has surrounded the general topic of mental health and individuals who struggle with mental health disorders.

Keeping all of the above in mind, May has been deemed “Mental Health Awareness Month” with the aim of raising awareness about mental health disorders.

Depression and anxiety are two of the most common mental health disorders. Depression, for example, can impact individuals for days, weeks, or years . . . depending on the severity of the particular case. What’s more, depression can reduce a person’s quality of life, affecting the way a person may view themselves as well as a lack of enjoyment in activities an individual may have once enjoyed.

Anxiety, on the other hand, is a separate mental health disorder, although depression and anxiety are often conflated to mean the same thing, even though in reality these are separate disorders. Anxiety, too, comes in many forms. The most common form of anxiety, “Generalized Anxiety Disorder,” or “GAD,” impacts millions of people in the United States.

Like so many mental disorders, debate has raged for decades about whether or not mental disorders like depression and anxiety are genetic or environmental, but – increasingly – depression and anxiety appear to have both genetic and environmental origins. With regard to the latter, contemporary culture is often to blame, too, as individuals are saturated by 24-hour, non-stop media. Add the increasing amount of people who have felt isolated over the past few years (particularly during the early days of the COVD-19 pandemic), and a mental health crisis is on our doorstep.

The good news is that although mental health disorders such as depression and anxiety seem to be on the rise in the United States, there is more attention being paid to these problems than ever before. Setting aside May as Mental Health Awareness Month is evidence that more and more people are paying attention to their own mental health. Moreover, companies and employers seem to also be paying more attention to the mental health of their employees, as more and more companies are adopting policies that, for example, may allow employees to work from home.

If you feel like you are experiencing symptoms of depression or anxiety, reach out to a licensed mental health professional. 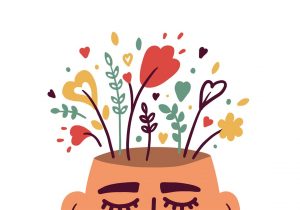