When Therapy Goes to the Dogs

Revisiting the Usefulness of ‘Projective Techniques’ in Therapy 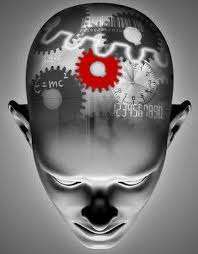 For a long time, a social stigma persisted about a person’s mental health. Those who suffered from then-undiagnosed disorders such as depression, autism, ADHA, and bipolar disorder would surely face discrimination or worse . . . perhaps forced institutionalization or social marginalization. The tide, however, began to turn in the late 19th and early 20th centuries when early psychologists such as William James and Sigmund Freud made the first attempts to probe deeper into the human mind.

Since then, the understanding and treatment for mental health disorders has improved significantly, although some critics may still argue better treatment, ideas, and interventions lie waiting. At any rate, according to authors Christopher Sterling and Daniel Frings, “It is estimated that between 18% – 36% of people will experience some form of mental health difficulty throughout their lifetime, with one in four families estimated to contain a member with mental health problems.”

In summarizing from the DSM-5, Sterling and Frings introduce ten general categories of mental health disorders. They are:

Some of these disorders appear more regularly than others, but some of the more common ones, such as depressive disorders and ADHD, have been regularly highlighted by the mainstream media.

That said, however, misconceptions might still linger about the specifics of a mental health disorder and those who suffer from it. One reason for this might be the so-called process of “non-medical medicalization”, or applying mental health terminology and diagnostic criteria to social and political parlance.

As one author describes it, “One form it takes is relatively trivial, if infuriating—the self-description of personality traits using diagnostic terms (“I’m so OCD”). Other forms have further-reaching implications. The appending of “phobia” to a word to indicate a type of prejudice is an understandable response to apparently irrational attitudes and behavior. But might this terminology also shut down debate by labelling an opponent as an individual in the grip of disordered thought?”

As noted above, not only has the understanding of the etiology (or cause) of mental illness changed over the years but so has our perception of them. One of the earlierst attempts to reshape perceptions on mental health came not from a psychologist but from the philosopher, Michel Foucault.

Foucault, who is known for his critiques of political power systems and education, also weighed in on mental health disorders. In his 1964 work, “Madness and Civilization,” Foucault argued that, “. . . mental illness has its reality and its value only in a society that recognizes it as such.”

Again, “. . . mental illness has its reality and its value only in a society that recognizes it as such.”

In other words, Foucault believed that mental illness was in part socially constructed, and the so-called medical approach to “cure” a patient was misguided.

To understand what is meant by “the social construction of mental health diagnosis”, consider the following hypothetical conversation, brought to us courtesy of Mad in America:

Client’s parent: Why is my son so paranoid? Why does he just sit in his room all day? Why won’t he do anything?

Clinician: Because he has an illness called schizophrenia.

Parent: How do you know he has this illness?

Clinician: Because he is so paranoid, sits in his room all day, and won’t do anything.

While offering the above food for thought, this author, however, will leave the final determination of proper diagnosis to such organizations as theNational Institute of Mental Health (NIMH) and the Substance Abuse and Mental Health Services Administration (SAMHSA).

In sum, mental disorders include a wide range of different categories, symptoms, durations, and treatments. As science progresses toward better treatment interventions, perhaps certain stigmas of these disorders will begin to change, and many people, who suffer from a mental disorder or not, will lead healthier and more content lives.