September is National Suicide Prevention Month, and mental health professionals (MHPs) who work in fields such as counseling, psychology, social work—and other closely aligned professions—many, at one time or another, confront the problem of suicide with their clients.

According to data from the Centers for Disease Control and Prevention (CDC), suicide is the 10th leading cause of death in the United States, and—relevant to MHPs—according to recent research, “20% of individuals who die by suicide have had contact with a mental health professional within one month of their death.” In short, this means that MHPs are on the front line of dealing with the issue of suicide in the United States.

A recent study in the journal, “Trauma,” looks at suicide risk assessment and management. This type of research remains important because it may help guide the decision-making of MHPs who may need to properly assess and manage a client’s risk of suicide. According to this research, “88% of mental health professionals report at least some fear of patient fear of patient death by suicide and 15% reported not feeling comfortable working with suicidal patients.”

This suggests that more training may be necessary.

The article notes: “. . . [R]esearch suggests that fewer than 25% of social workers and fewer than 50% of psychologists and psychologists-in-training receive training in suicide prevention. Additionally, nearly one third of mental health professionals believe they have received insufficient suicide-focused training, although only 9% reported not having worked with suicidal patients.” Moreover, the authors continue: “Further, training may consist of outdated or inadequate practices; for example, 77% of psychiatrists indicated that no-suicide contracts were helpful, despite a complete lack of empirical support for the practice. Thus, research is needed to determine whether EBAM (evidence-based suicide risk assessment and management) is reliably being provided to suicidal individuals.”

Finally, an important finding from the above-cited research in “Trauma,” is: “The results suggest that while the majority of mental health professionals report routinely asking every patient about suicidal thoughts or behaviors, approximately 30% indicated they do not ask every patient and 4% routinely do not conduct any suicide risk assessment. Fewer than half of participants reported EBAM (evidence-based suicide risk assessment and management), such as asking permission to speak with significant others and conducting a means safety session, both of which are important suicide prevention strategies.”

In light of the disturbing increase in suicide-related deaths in the United States as well as the lack of evidence-based suicide risk assessment and management among MHPs, now many be the time to focus on better interventions and risk assessment in order to properly help those who are in immediate need of such services.
References:
Roush, J. F., et al. (2018). Mental Health Professionals’ Suicide Risk Assessment and Management Practices. Crisis, 39(1), 55 – 64. 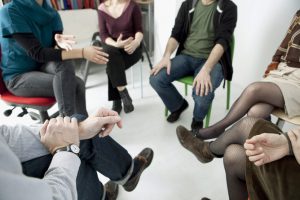