Mindfulness Based Interventions: In Search of Empirical Support

Turn that Frown Upside Down: The Simple Trick to Improve Mood

Mindfulness Based Interventions: In Search of Empirical Support 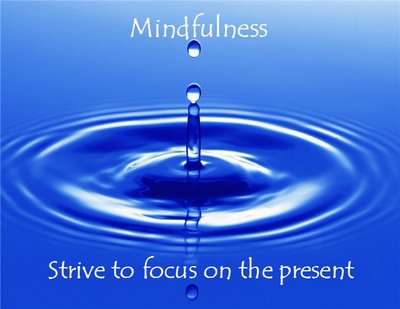 “Mindfulness” has become the buzzword in psychological circles recently. Even the briefest of Google searches will lead to articles like, “The High Profile People Who Embraced Mindfulness, Meditation and Wellbeing In 2014” and “Mindfulness Is Just as Effective as Cognitive Behavioral Therapy in Treating Anxiety, Depression”

Considering the recent popularity of Mindfulness, coupled with statements in the literature such as “Mindfulness…has substantial empirical support” (Fruzzetti & Erikson, 2010, p. 354), the million-dollar question, then, is what is the empirical and evidence-based support for Mindfulness-based interventions? No doubt, Mindfulness approaches can aid in reducing depression, stress, anxiety, help coping with trauma, and may even help in managing chronic pain. The question here is not “does mindfulness help” (because many things may indeed help, but not all interventions can withstand scientific scrutiny)—the question is rather ‘what are the underlying mechanisms of action that lead to healthy outcomes, and what is the empirical evidence for Mindfulness based interventions?’

In contrast to traditional CBT approaches, which emphasize changing either the client’s appraisal or reaction (i.e., automatic thoughts) to a situation, mindfulness suggests, not changing thought patterns, but rather a non-judgmental acceptance of one’s thoughts. In the literature, as Fruzzetti & Erikson (2010) note, the terms “mindfulness” and “acceptance” are often used interchangeably. Nonetheless, an often referenced operational definition of mindfulness may be the following: “the awareness that emerges through paying attention on purpose, in the present moment, and non-judgmentally to the unfolding of experience moment by moment” (Kabat-Zinn, 2003).

Other key concepts within the framework of mindfulness include: Observing, or the act of being aware and focusing attention, whether that be on an external stimuli (like a conversation), or an internal state; Describing, or the application of non-judgmental words to thoughts, actions, and events, and; A non-judgmental attitude where one does not provide verdicts, but simply accepts events as they are. Fruzzetti & Erikson (2010) provide the following example of a non-judgmental attitude: “…certain pieces of art are widely accepted as beautiful or ugly—which is a judgment. From a mindful perspective, we might instead say that we enjoy viewing the art or find it aesthetically pleasing.” [The apparent equivocation of claiming that “This piece of art is beautiful” is a judgment, but asserting that the same piece of art “is aesthetically pleasing” is a non-judgmental stance will be explored in a later entry on the epistemological basis of mindfulness interventions…Stay tuned!]

As most reading this may be aware, the conceptual basis of mindfulness can be traced to Eastern spiritual traditions, particularly the Buddhist tradition (Fruzzetti & Erikson, 2010). And indeed, some researchers have argued that because of this foundation, mindfulness should really be classified as “prescientific” due to a lack of agreement on operational definitions and a distinct lack of clarity and consistency within the literature.

This is not simply an interesting theoretical discussion—a lack of consistent operational definitions may obstruct the investigation into the precise mechanisms of action of mindfulness interventions (Fruzzetti & Erikson, 2010). In other words, simply observing that any intervention in question is effective is not sufficient evidence. A truly evidence-based practice must be able to provide a scientific rationale of the remediation of psychopathology, and be held to the gold standard of Randomized Controlled Trials (Fruzzetti & Erikson, 2010).

In defense of the empirical basis of Mindfulness-based interventions, some researchers argue for the multidimensionality of mindfulness and propose that several factors may contribute to the clinical effectiveness of mindfulness. Baer (2003), for instance, argues that exposure, cognitive restructuring (where acceptance of one’s thoughts is seen as a form of cognitive restructuring), self-management, relaxation techniques and acceptance are all possible mechanisms of change associated with mindfulness interventions—particularly because the above mentioned approaches already have a strong evidence-base for their effectiveness.

Evaluation of the Evidence-Base

There are currently several applications of mindfulness interventions, some of which include: Mindfulness-based Rational Emotive Behavior Therapy (M-REBT), Mindfulness Based Stress Reduction (MBSR), relapse prevention, Dialectical Behavior Therapy (DBT), Acceptance and Commitment therapy (ACT), Mindfulness Based Cognitive Therapy (M-CBT), and Integrative Behavioral Couple Therapy (IBCT). While evaluation of each individual application would make this article longer than most may care to read, each approach shares the common elements associated with mindfulness in general: attention to the present moment, acceptance of self, thoughts, and emotions, and a non-judgmental appraisal of self and others.

R. A. Baer (2003) published a meta-analytic review to compare and quantify research across several studies on the recent literature regarding the clinical effectiveness of mindfulness approaches. According to Baer, “In spite of significant methodological flaws… mindfulness-based interventions may help to alleviate a variety of mental health problems and improve psychological functioning (Baer, 2003, p. 139).”

Baer notes that such methodological defects include 1) Control Groups: several of the studies reviewed used a pre-post design and no control group. Thus, although statistically significant improvement was shown, none of the studies controlled for variables such as placebo effect, demand characteristics, passage of time, or even investigated mindfulness interventions compared to other treatment modalities (e.g., M-CBT vs. CBT). 2) Sample Sizes: Of the studies reviewed by Baer, many consisted of small sample sizes (sample sizes ranged from 16 to 142), with some studies unable to detect medium-large treatment effect sizes (remember Cohen’s D?). Moreover, the mean age of participants ranged from 38-50 years, gender ratio ranged from 0% to 46% male, and education and race were rarely reported. 3) Evaluation of Integrity of Treatment: Baer notes that of the studies reviewed, they “do not describe the procedures used to train therapists or to evaluate their delivery of mindfulness treatment.” Since mindfulness interventions are relatively new, an account of the training (and supervision) of those conducting mindfulness treatment would increase visibility and confidence in these and future findings. 4) Clinical Significance: After reviewing the methods for evaluation for clinical significance, Baer notes that “the studies reviewed here do not explicitly address the clinical significance of their findings in either of these ways” (Baer, 2003, 139).

These are not minor, technical challenges to the effectiveness of mindfulness interventions, but rather seem to pose a significant challenge to the evidence of their effectiveness. This is not to say that research into mindfulness should be abandoned, but rather that broad, sweeping statements about the empirical support of mindfulness (see the quote above from Fruzzetti and Erikson—“substantial empirical support”) warrant qualification and further investigation.

Despite the above considerations, mindfulness based interventions can be effective. They may be helpful to certain psychologically minded individuals, who do not suffer from serious psychopathology. The ability to accept certain thoughts, beliefs, emotions or reactions to situations can indeed be a helpful coping mechanism for many individuals. Similar to traditional CBT approaches in confronting “should statements” (e.g., “My husband/wife should ____” …You can fill in the blank), mindfulness is a reality-based approach. It may also prove helpful in cases of mild depression, where negative ruminations and depressogenic thoughts can be exposed, accepted and released without confrontation or judgment.

On the other hand, the evidence for the clinical effectiveness of mindfulness interventions remains slim and dubious. As we saw in the review by Baer, glaring methodological flaws in many of the studies do not (yet!) allow one to make strong conclusions about the effectiveness of mindfulness based interventions. Future research would do well to account for these methodological considerations, hopefully leading to more effective and more evidence-based interventions.

Baer, R. A. (2003). Mindfulness training as a clinical intervention: A conceptual and empirical