School’s Almost Out: How Piaget Can Helps Us Become Lifelong Learners 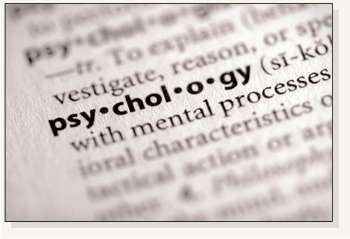 Long before Dr. Phil was engaging daytime television audiences, there was Woody Allen’s 1977 film Anne Hall. The film was Allen’s magnum opus, a hilarious look into the lives of a dysfunctional couple (“Annie” was played by Diane Keaton) in New York City. The film is loaded with Allen’s trademark humor, and throughout the movie, both Allen and Keaton make multiple trips to their “analysts.” In one classic scene, the screen is split between Allen talking with his therapist and Keaton with hers. Although the audience never sees or hears the psychologist, both characters engage in a back-and-forth, as if they are talking to each other. In a way, the scene is supposed to give the audience insight into the therapeutic process.

Throughout the film, Allen makes remarks about Freud and presents him as a sort of patron saint of psychology. This dates the film because, of course, the popularity of Freudian psychoanalysis has weakened in recent decades, replaced by more evidence-based theories; however, Allen’s point is made: psychology is something that rescues and redeems the individual.

Decades later, in the late 90s early 00s, two films were released that portrayed the psychologist in a much different light. Analyze This and Analyze That star Billy Crystal and Robert De Niro. Dr. Sobol (played by Crystal) is a psychologist whose client, Paul Vitti (played by De Niro) is a mob boss. As unlikely as this scenario appears, it remains a popular plot device, as it was used in the hit HBO television series, The Sopranos. In the first film, Analyze This (1999), Dr. Sobol gets wrapped up in his mobster patient’s life. Although it makes for an entertaining movie, it remains completely unrealistic. For one thing, Dr. Sobol is witness to several crimes such as murder. Although Crystal’s character is reluctant to get involved, he is driven by a desire to help his patient, and it creates an interesting dynamic.

Both Analyze This and its sequel, Analyze That (2002), depict psychology in an unrealistic light. Crystal’s character, Dr. Sobol, crosses the ethical and professional line many times, getting involved in his patient’s life on a personal level. Moreover, Dr. Sobol has no depth: The character exhibits all of the traits of what a therapist is supposed to possess. He is overly serous, bearded and bespectacled. At one point in the movie, he, too, mention’s Freud (like Allen in Annie Hall).

Films aside, plenty of other media highlight psychotherapy and the psychologist. As mentioned, for example, the HBO TV series, The Sopranos, is noteworthy. Running from 1999 to 2007, the show is about a New Jersey crime family (similar to De Niro in the Analyze movies). Tony Soprano, played by James Gandolfini, is the head of the family, and he also goes to therapy. The show is much grittier than the comedic Crystal-De Niro portrayal, but the clichés remain the same. Although Gandolfini’s character possess a tough exterior, inside he remains vulnerable. The audience is witness to this, as Gandolfini reveals himself through this sessions in therapy.

The aforementioned examples are not the only examples of psychology in popular culture, nor are they the most well-known, but they do, in fact, remain illustrative. Psychotherapy has gained momentum in the media in recent years, as evidenced by the abovementioned popular shows and movies. Although this can be a good thing because it exposes the field to a wider audience, it can also be harmful. Finally, portraying psychotherapy as a redemptive and transformative experience without highlighting its methodologies and strict protocols robs it of its richness and depth.