Imagine: You move through your life without any feelings of guilt.

This may seem unlikely because almost all people have some feelings or remorse, regret, or guilt. But for those who suffer from “sociopathy,” feeling guilty isn’t possible.

According to author Martha Stout, Ph.D., who wrote the classic book, “The Sociopath Next Door,” sociopathy occurs in 1 out of 25 people, or – in other words – about 4% of the population.

“Guiltlessness was in fact the first personality disorder to be recognized by psychiatry,” Dr. Stout writes. “[A]nd the terms that have been used over the past century [to describe it] include ‘moral insanity,’ ‘moral imbecility,’ and ‘psychopathic inferiority’.”
The technical term for sociopathy is “antisocial personality disorder,” and it is recognized by the psychological and psychiatric communities.

Some of the indicators listed in the Diagnostic and Statistical Manual for Mental Disorders (DSM-5) include:
• Failure to confirm to social norms
• Impulsivity, failure to plan ahead
• Irritability, aggressiveness • Lack of remorse after having hurt, mistreated, or stolen from another person

This is, of course, not an exhaustive list of all of the traits associated with sociopathy; however, they remain illustrative and may give the lay reader a sense of the traits associated with sociopathy. Moreover, according to Dr. Stout, a professor of psychology at the University of British Columbia, Dr. Robert Hare, has developed an inventory called the Psychopathy Checklist – a checklist that is not widely used by researchers and clinicians.

Interestingly, the population notion of a sociopath is a person who is a mass murderer, a terrorist, or even a serial killer. And although those individuals may be sociopaths, because of the large number of sociopaths in the population, the sociopath you know may be your romantic partner, your boss, or your family member. This is the assertion put forth by Dr. Stout, at any rate. To put is simply, most sociopaths are non-violent sociopaths, but their lack of violence does not mean that they can cause other harm.

“Sociopaths are noted especially for their shallowness of emotion, the hollow and transient nature of any affectionate feelings they may claim to have, a certain breathtaking callousness,” Dr. Stout observes. “They have no trace of empathy and no genuine interest in bonding emotionally with a mate. Once the surface charm is scrapped off, their marriages are loveless, one-sided, and almost always short-term.”

Again, it is worth repeating: a sociopath doesn’t always need to be the killer who is in the news. Although they may be, in fact, a sociopath, because of the high incidence of sociopathy, chances are each of us knows a sociopath, but may not know how to account for their behaviors. Finally, although sociopathy is recognized by professional researchers and clinicians – and remains a treatable disability – the high incidence of sociopathy among the population remains alarming. 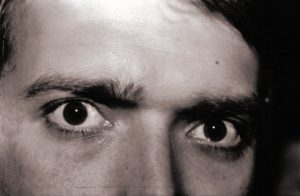