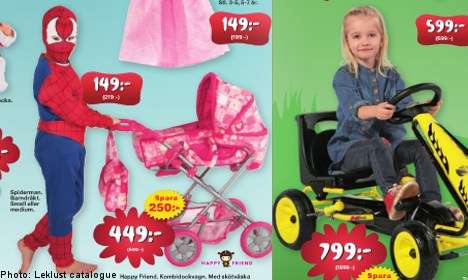 So, all psychologists have their “thing,” an area or a particular topic in the field that they find really, really fascinating. Gender is my “thing.”

Sex and gender are popular topics among laypersons and scientists alike. People and the media often talk about women and men as polar opposites in a never-ending “battle of the sexes” – the phrase “men are from Mars, women are from Venus” was made popular by the 1992 relationship help book by the same name (Gray, 1992). Scientists too, have sought for centuries to identify concrete differences between men and women and explanations for those differences (Shields, 1988). Psychologists, in particular, are interested in how women and men come to be different. There are a number of different theories – the most well-researched areas in gender find their roots in social cognitive theory.

Social cognitive theory tries to explain how people (children – yes, children are people, too) learn, focusing on how children learn through observing others. People learn by watching other people, both in the behaviors they do and don’t do. Children learn procedural tasks, such as how to tie their shoes by watching others (aka, “monkey see, monkey do”), but they also learn social customs, norms, and expectations in the same way. Social cognitive theory has also been applied to the psychology of gender to explain why girls and boys behave differently.

Under social cognitive theory, children learn what appropriate behavior is for both boys and girls through observational learning. Through reinforcement (e.g. praise) and punishment (e.g., scolding/mocking), both when it is done to themselves or other people, they learn to perform the behaviors deemed acceptable for their own gender and to avoid behaviors associated with the other gender. A girl may be praised as sweet for being shy and quiet, while a boy would be ignored for doing the same; if not scolded, a boy may receive “funny looks” for playing with a doll.

Research supports that the theory that children alter their gender-related behavior based on their perceptions of what is and is not acceptable for their gender. At about the time children achieve “gender labeling”, a term used to describe the correct use of the words “boy” and “girl,” children’s behavior changes toward a direction of gender conformity (Fagot, Leinbach, & O’Boyle, 1992). In one study, children were asked to play with one of two physical puzzle sets which were identical in size, design, number of pieces, and colors, but differed in their item theme – they were either toy dishes or toy tools. Boys who perceived that their fathers would disapprove of cross-gender behavior spent less time playing with the dishes version than girls or boys with more tolerant fathers – in fact, those boys who had the dishes version explicitly presented to them as a “girl’s toy” did not play with the dishes puzzle at all, even when they reported liking it (Raag & Rackliff, 1998).

The aforementioned study demonstrates another finding that appears frequently in studies of gender appropriate behavior: boys are held to more rigid gender role expectations than girls are (and we see that for women and men, too). While boys and girls learn what the expectations are for their gender and the other gender, few children adhere completely to those expectations. Whether a child engages in a gender appropriate behavior is dependent on a number of factors.

The concept of reciprocal determinism asserts that personal characteristics, environmental factors, and individual behavior mutually influence each other, and it’s really useful to understanding social cognitive theory’s explanations of gender. For example, a child who seeks to engage in gender stereotypical play may surround themselves with same-sex peers and gender-typical toys – in essence, altering their environment through their behavior. A child’s environment and personal characteristics can impact behavior, as well, by making available only certain choices (e.g. for toys), providing exposure to certain role models, or making some choices more or less desirable or rewarding than others. Girls may be more likely to engage in extrinsically fun cross-gender activities than boys are because their current and past play history has involved little punishment and possibly even reinforcement or encouragement for doing so. Research has shown that both peers and parents – especially boys and fathers – respond more negatively to cross-gender behavior in boys than girls (Blakemore, 2003). The question of why this is the case is a tricky one to unfold, but it’s worth noting that Brannon (1976) identifies anti-femininity as a core component of the male gender role identity – that is, “not being a girl” is more central to the social definition of what it means to be a boy than “not being a boy” is to being a girl.

This is just one theory of gender, by the way. There are many other theories – prominent social theories include Bem’s gender schema theory (1987) and Kohlberg’s cognitive-developmental theory (1990). And I think I’ll include the word “theory” in this paragraph one more time, for good measure. Gender is an incredibly complex topic, one of great research interest to many scientists, psychologists and otherwise. Anticipate it continuing to be a hot topic in the psychology milieu for years to come.