People have been immigrating to and from different places around the world since there have been people to inhabit the world.

But, that said, the topic of immigration has been a hot-button political issue in the United States since its founding, and the issue has been put under an especially close microscope in the past few years. During the 2016 presidential election, for instance, some charged others of xenophobia and racism, while others have argued the need for strong borders. The subject, while never really disappearing completely, reemerged during the recent 2018 midterm elections, when President Donald Trump sent U.S. military personal to the southern U.S. border, claiming the approaching migrant caravan presented an immediate danger.

Although the issue of how to approach immigration in the United States remains unsolved, some evidence in the psychological literature has made some interesting findings over the years of how humans think and interact with others.

Gordon Allport, an American social psychologist who lived from 1897 to 1967, may be best known for his “contact hypothesis.” As made clear by author Christian Jarrett, the idea is simple: “The idea is that by coming into contact with ‘others’ we discover that they’re human, too.” In other words, by being exposed to others peoples and cultures, individuals may lessen their prejudice.

“Numerous studies,” writes Jarrett, “many of them conducted in known sectarian trouble spots such as Northern Ireland, have confirmed that people who have contact with outgroup members tend to have more positive attitudes toward members of that outgroup.”

Allport’s contact hypothesis may be true . . . with one caveat: Contact between and among groups “must be meaningful,” according to Jarrett. “For contact to be beneficial, an outsider must be seen as being representative of the group to which they belong,” writes Jarrett, adding: “When members of different social groups exchange intimacies they come to appreciate how much they have in common.”

Another interesting thing about contact with other cultures is that is may also foster creativity. Earlier this year, National Public Radio (NPR) reported that individuals who expose themselves to other cultural influences appear to get a new spark of creativity. Although this was not explicit in the reporting, I speculate that this spark of creativity may be due to the presentation of novel ideas.

Finally, although the debate surrounding immigration will surely rage on, evidence within the psychological literature indicates that getting to know someone—your neighborhood, co-worker, etc.—from another culture may be beneficial in several ways. What is more, knowing someone from another culture may get your creative juices flowing. 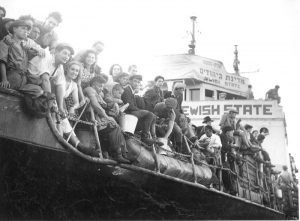