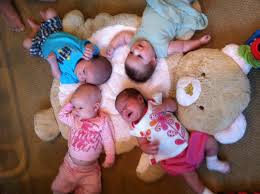 The other day, I heard a story about someone who absolutely loves hot sauce – she can basically chug it. Apparently, she’s been a hot sauce aficionado since she was a baby. It’s unusual to hear about a baby tolerating such bitter substances because infants typically react adversely to bitterness (Boyd and Bee, 2010; some evolutionary theories suggest that the aversion was naturally selected over time: toxins in plants that could sicken or kill people taste bitter, so it may be that there was an evolutionary advantage for developing an aversion to them (Soranzo et al., 2005). While it might have saved our species early on, we’re now stuck with the problem of getting kids to get over the bad taste of vegetables and eat them. Read below for five tricks to getting your kids to eat their broccoli!

Wait, no, this isn’t that kind of blog, sorry. I’m just here to tell you about science.

So what of this person with an enthusiasm for hot sauce that started when she was a baby? Well, as the story went on I learned that her mother ate a lot of hot sauce while pregnant. While we can’t know for sure whether exposure to the hot sauce during prenatal development caused her to love it even when she was an adult (there are other possible explanations and so many other variables), it raises a really interesting question generally: Can a person’s environment in prenatal or early development shape their food preferences?

In my review of the research on this topic, there is one study I came across over and over again. We’ll call it “the carrot study.”

Why carrot juice, specifically? For a few good reasons. One, the carrot flavor is a distinct one, so the researchers knew that the infant would be able to taste it (either in the milk or the amniotic fluid which passes over the taste receptors in their mouths). Secondly, it is relatively easy to avoid eating food with a carrot flavor. If the researchers used a flavor that was common in many meals, it would have been more difficult to ensure that the participants didn’t consume additional sources providing the carrot flavor.

5-6 months after birth, when the infants were starting to have cereal incorporated into their diets, the participants brought their infants into the laboratory. On one day, the infants were fed cereal mixed with water; on the other day, the infants were fed cereal mixed with carrot juice, the first time they ever tasted carrots. The infants’ feeding was recorded on videotape. Their facial reactions were scored by independent raters unaware of the purpose of the study (that is, they were “blind” to it) and the amount of food that the infants ate was weighed by weighing the bowls before and after the feeding time (with the inevitable spilled food added back into the bowl for the second weighing).

The study found that babies in all groups ate more of the carrot juice cereal than the water cereal, and while babies whose mothers consumed carrot juice did eat more of it than the infants from the water condition, this finding wasn’t statistically significant (more on that in some other post, but let’s just say “statistical significance” is a mathematical threshold of the probability that differences between groups are “real” and not due to chance. Actually, that might just sum it up. There, I saved you two brutal semesters in statistics). However, infants whose mothers had consumed the carrot juice during pregnancy or while breastfeeding made fewer negative facial expressions when eating the carrot juice cereal compared to mothers whose diet had been carrot-free, and the mothers reported them having more positive attitudes towards the carrot juice cereal than mothers who had only consumed water.

This study tells us a number of things: One, early exposure to carrot juice resulted in fewer negative emotional reactions toward it when the infant was beginning to eat solids. Two, early exposure here means early exposure, in that the exposure was effective both during breastfeeding and also during pregnancy starting in the third trimester. Repeated exposure to foods seems to be a powerful force in learning to tolerate them, and it appears that that exposure can start even before the child has seen the light of day.