The Political Mind: On the Psychology of the 2016 Presidential Election 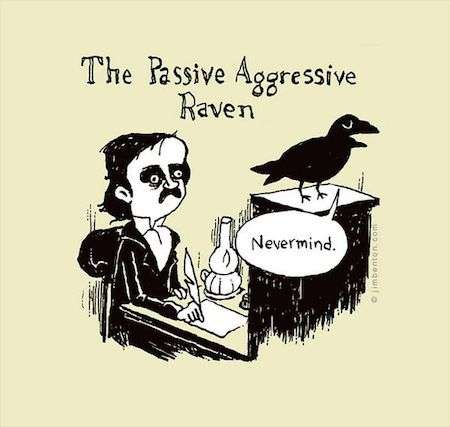 The roots of passive-aggressive behavior as a psychological concepts goes back to WWII. According to researchers Christopher J. Hopwood and Aidan G. C. Wright, the term, “ . . . was first used clinically during WWII to describe soldiers who refused to comply with offers’ demands.” In a paper titled, “A Comparison of Passive-Aggressive and Negativistic Personality Disorders,” published in 2012 in the Journal of Personality Assessment, Hopwood and Wright explore the extent to which passive-aggressive behavior overlaps with other clinical pathologies.

After the war, passive-aggressive behavior was included in the first edition of the Diagnostic and Statistical Manual of Mental Disorders (DSM) in 1952. “The passive-aggressive type was pouty, stubborn, inefficient, and prone to procrastination and obstruction,” the authors note. They continue: “The aggressive type was irritable, destructive, and resentful, with an underlying dependency though to differentiate these behaviors from antisocial personality.”

As the decades passed, some individuals within the psychological community debated whether the concept of passive-aggressive behavior ought to remain included in the DSM. But by the mid-1990s, “. . . [t]he diagnostic criteria were expanded further, [and] the disorder was renamed “negativistic,” as in “negativistic personality disorder” (NEGPD). It’s features included:

• Complaints of being misunderstood

• Criticism and scorn of authority

• Envy and resentment of the relatively fortunate

• Alternation between hostility and contrition

These symptoms help identify NEGPD traits. However, as noted by the authors, “[d]espite the historical relevance of passive-aggressive to a number of influential clinical theories, empirical research on the construct is limited, and the diagnosis has been abandoned by the DSM” (my emphasis).

Additionally, in their 2012 paper mentioned above, Hopwood and Write attempt to lay an empirical basis for the inclusion of passive-aggressive to remain included in the DSM as a clinical pathology. In an attempt to support their position, the authors designed a study that included 1,453 participants and used a variety of measures to assess and identify correlations between passive-aggressive behavior and NEGPD. The authors described the results reported in their 2012 paper as “ . . . a modest correlation” between the abovementioned disorders. The researchers suggest further empirical investigation into passive-aggressive behavior as a clinical category with the aim of inclusion in a later edition of the DSM.

Although, at present, passive-aggressive and NEGPD are no longer exist as clinical categories in the DSM, perhaps these disorders still warrant a second look. What is certain, however, is that the concept of “passive-aggressive” behavior has had both an important clinical and popular role to play. Finally, perhaps other researchers will heed Haywood and Wright’s call and begin to revisit this historically interesting psychological concept.