Personal Peace through Frugality? Why Less May Be More

Finding Strength in Tough Times: A Look at Grit and Resilience

Personal Peace through Frugality? Why Less May Be More 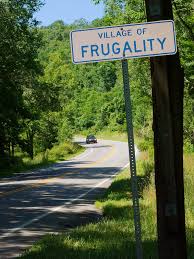 In his recent book, “The Wisdom of Frugality,” author Emerys Westacott explores the history of philosophers and their motivations for living a simpler, more frugal lifestyle. In addition, Westcott dives into the psychological underpinnings that may lie behind those decisions. In the current era of “conspicuous consumption”—a phrase made famous by American sociologist Thornstein Veblen—we are encouraged to mindless buy and consume things we don’t necessarily need.

But some have been encouraging us to slow down, think, and, maybe, live a little more simply.

On writing about frugality and simple living, Westacott says: “This tradition constitutes a moral outlook—or, perhaps more accurately, a family of overlapping moral perspectives—that associates frugality and simplicity with virtue, wisdom, and happiness.”

As pointed out by the author, the “tradition” noted above (that frugality is associated with virtue and happiness) dates back to the dawn of Western culture, includes the Greeks, and continues to modernity. Socrates, who is considered to be one of the most important thinkers in the history of the West, notably lived a simple, frugal life. Others such as the 19th century American naturalist Henry David Thoreau famously built a cabin in the woods near Concord, MA, and lived on only the essentials. And there are many others who have endorsed a simpler life.

The psychology of simple living remains as interesting as the individuals who practice the lifestyle. Westacott cites the psychologist Kathleen Vohs, who “reports research demonstrating a link between thinking about money and being more self-sufficient.” Although Westacott is quick to point out that, “Vohs also finds a link between thinking about money and being less helpful and more self-centered.” Also, according to a 2012 study by psychologist Paul Piff, Westacott cites: “. . . Individuals of high socioeconomic status were more likely than people of lower socioeconomic groups to act unethically in a number of ways, including lying, cheating, and stealing.”

Several other areas of psychology come into play with regard to frugality. Westacott also mentioned the work of Daniel Kahneman and Amos Tversky in the 1970s dealing with the “sunk cost” fallacy—or, the idea that “ . . . for most human beings a concern to avoid losses is a more powerful motivator than the desire to realize gains.”

Ultimately, Westcott takes a moderate view of frugal living. He does not take a fundamentalist stance. On the suggesting of simplifying one’s life, one might imagine selling off his or her property, giving up luxury of any kind, and eating nothing but beans and water for the remainder of his or her life. But that is not the point of frugality. As the author makes clear, simple living is always relative: one may always find someone who can live more frugally. Finally, the point, here, is that perhaps individuals should—at times—ask a simple question: How much do I really need to be happy?

Upon reading Westacott and other likeminded authors, the answer is surprisingly simple . . . not that much.