Spring Officially Kicks of This Week

Attempting to understand personality types has a subject of psychology since its inception. Over the decades, different personality theories have emerged and reemerged, but in recent years, the Five Factor (Or “Big Five”) framework of personality has been worked and reworked, where it has become the dominant approach to personality types.

That said, however, there still seems to be confusion among the general public about personality types. First, whenever the topic of personality is mentioned, it usually is spoken about broadly. Like, for instance, when someone says, “It’s their personality,” these words are spoken broadly, without a lot of regard to specifics. On the other hand, when psychologists talk about personality, they are usually talking about very specific attributes that have been refined over decades.

Initially, the ancient Greeks thought “people fall into four temperamental categories.” These ancient Greek categories included “choleric,” “sanguine,” “phlegmatic,” and “melancholic.” Although today we know that these categories are not correct, they do represent an early attempt at trying to understand human personalities – more than 2,000 years ago!

Long after ancient Greek civilization ended, Raymond Cattell, a British psychologist, devised 16 personality types. But “[c]ontemporary psychology has not settled on the idea that there are in fact five main factors to personality, known as the ‘Big Five’.”

So, what are the primary personality types? As mentioned above, there are five, and they can be remembered by the word “OCEAN”:

According to author Christian Jarrett, “Each factor encapsulates those aspects of personality that tend to always go together. For example,” Jarrett continues, “people who are sociable tend to be talkative and assertive, as if these three traits are all manifestations of the same underlying factor, in this case extraversion.” Finally, the author writes, “The five factors are continuous dimensions like weight or strength. So it’s not the case that we are either neurotic or we’re not. Rather, we each have a certain amount of neuroticism, and so too for the other factors.”

Finally, learning about the five factors of personality remains a fascinating endeavor, and attempting to uncover which personality traits that you may have is a worthwhile task. 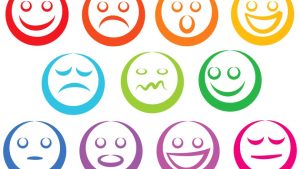