A few years ago, author and professor Angela Duckworth, published a book that introduced mainstream readers to a very interesting and helpful concept: Grit. Grit can be defined in a number of ways, but the general gist of it is to have a “hang-in-there posture toward challenge(s).” Surprisingly, as Duckworth documents in her book, “Grit: The Power of Passion and Perseverance,” gritty individuals can be found across area, as she documents that having grit accurately predicts success in the military, at a job, or getting through graduate school.

When discussing West Point candidates, Duckworth observes: “Grit turned out to be an astoundingly reliable predictor of who made it through and who did not.” Additionally, the author says that “Adults who’d earned a MBA, PhD, MD, JD, or another graduate degree were gritter than those who’d only graduated from a four-year college, who were in turn gritter than those who’d accumulated some college credits but no degree.”

One of the big things that Duckworth says is that “Our potential is one thing. What we do with it is quite another.” In other words, talent can be an important factor that predicts success – so, too, with certain personality traits – but grit is another factor that comes into play, when it comes to predicting success. Moreover, Duckworth says that focusing too much on talent isn’t helpful.

“In my view, the biggest reason a preoccupation with talent can be harmful is simple: By shinning our spotlight on talent, we risk leaving everything else in the shadows,” the author argues. “We inadvertently send the message that these other factors – including grit – don’t matter as much as they really do.”

She continues: “[M]mythologizing natural talent lets us all of the hook, [and] lets us relax into the status quo.”

Grit remains important because it may get individuals away from thinking too much about being “gifted” or being “talented,” and it steers our attention toward things that we can actually control, like grit. Finally, because grit is such a good predictor of success and puts the focus square in our laps, grit is an idea that is worth paying attention to. 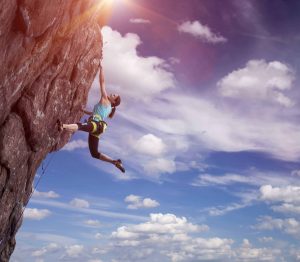 Duckworth, A. (2016). Grit: The Power of Passion and Perseverance. Scribner. New York, NY.