Body Words: How to Make Sense of Body Language

In his 1980s classic book, “Inside the Criminal Mind,” author Stanton E. Samenow, Ph.D., explores the concept of a “criminal personality” and, in short, how offenders may actually go through a different thinking process then a non-offender. Although Dr. Samenow’s book was first published in the 1980s, it has been updated over the decades, and the book continues to remain a thought-provoking exploration of the criminal mind.

He opens the book by saying: “For decades, the prevailing conventional wisdom about criminality has regarded the offender as a victim of forces over which he had little or no control. Virtually everything imaginable has been identified as a cause of criminal behavior, including poverty, bad parenting, peer pressure, violence in the media and type of mental illness.” The author continues: “There is a widely help perception that seemingly responsible, levelheaded people are pushed by stressful circumstances to the pint where they ‘snap’ and commit a crime that is completely out of character,” Dr. Samehow writes. “I have never found this explanation to be accurate, and you’ll see why.”

Although somewhat unpopular, the position that Dr. Samehow takes is somewhat different from the “environmental/contextual” model of crime; that is, as summarized in the above quote, that criminality remains the product of outside circumstances that push the individual into breaking the law.

This view is still widely subscribed to.

Dr. Samehow – after many years and countless interviews with criminals – has come to the conclusion that “The criminal simmers with anger because people do not satisfy his expectations. They fail to confirm his perception of himself as powerful, unique, and superior,” the author writes, continuing: “What most of us find to be routine annoyances, the criminal personalizes as threats to his entire self-image.”
Although this statement may be controversial, there does appear to be some truth in it.

As noted above, Dr. Samenow’s advocating for this position remains the result of his many years in clinical psychology, where initially he subscribed to the environmental/contextual model of crime but then change his opinions after many interviews with criminals.
In his own words, Dr. Samenow observes: “Contrary to what we initially believed, we learned that these individuals were not haplessly molded by their environment,” he writes. “None of the widely accepted causes of crime withstood scrutiny.”

Again, it is worth repeating that – although though-provoking – Dr. Samenow’s view of criminality lies somewhat beyond the mainstream, yet his idea of criminality continues to be debated. Is there such a thing as a “criminal mind”? Do criminals really think differently than most other people? These are interesting questions that need to be thought about seriously and future research is needed to either validate or invalidated them. 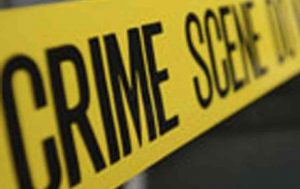