Understanding Panics and Phobias: What is there to fear? 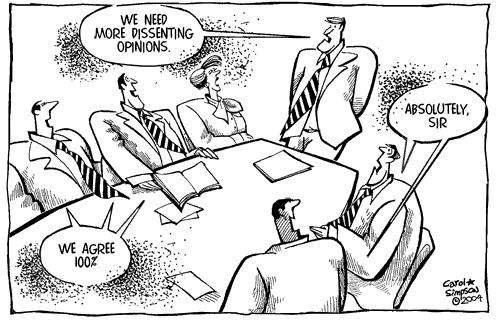 At times—mostly within the context of a classroom—I shrug my shoulders and roll my eyes at the suggestion from a teacher or professor that it’s now time to “pair up” or get into a group for some classroom activity. And although working in groups occurs at work and sometimes maybe even at home, the idea remains the same: working with others with the aim of producing some desired outcome. And while groups may intuitively seem more productive than working individually, is that really the case?

I’ve often felt that I work more proficiently alone than in a group, and it’s reasonable to assume that I may not be alone in this sentiment. The oft-cited case, I often find that when I work in a group one or two people tend to dominate, while others get a “free pass.” In the end, especially in a school environment, we all will get the same grade usually, so I ask: Is this really a fair approach?

Writers Christian Jarrett and Joannah Ginsburg describe some of the seminal work in psychology that has explored productivity and group work. In 1987, for instance, Jarrett and Ginsburg note how previous research “. . . described 22 prior studies that compared the productivity of brainstorming groups in which team members worked alone before pooling their ideas.”

A majority, 18 out of 22 of the studies, “showed that the groups where members worked alone came up with more ideas than the brainstorming groups.”

Of course, there remain positive reasons for working and brainstorming with other people, despite my aversion toward it. Working with others may—although not necessarily—mediate extreme opinions, produce new ideas, and force individuals to understand and use teamwork. According to the authors, there are “Five Ways to Boost Group Creativity.” If you find yourself working in a group at work or in school, perhaps you may want to give one of these a try:

• Groups of three tend to be most effective

• Come up with ideas alone first, and bring those ideas to the group for refinement

Now, it remains important to point out that following these steps may not necessarily produce a well-functioning, perfect group. But it may, however, allow the group to remain more productive.

Another danger of working in groups is the phenomenon of “group-think.” Explored elsewhere, group-think is when instead of the group mediating polarizing attitudes and outcomes, the group, rather, increases polarizing outcomes. This research was pioneered by Irving Janis in the 1970s and remains interesting today.

As noted above, working with other individuals in groups can be both productive and unproductive. If a group follows the steps outlined above, the group may produce results. That said, however, the danger of groupthink tends to lurk in the background of any group brainstorming session, so it may be good practice to show up to a group brainstorming session prepared with prior ideas.