The Five Stages of Grief and Grieving

A lot has been said and written about psychopaths, but with it has come some misunderstandings. Often portrayed in television and in movies, psychopaths have captured the imagination of large audiences, as more and more people seek to understand the minds of these disturbed individuals.

In his book, “Without Conscience: The Disturbing World of The Psychopaths Among Us,” author Robert D. Hare, Ph.D., explores the minds of psychopaths, shedding light on who they are and how they think. To begin, Dr. Hare notes, some telltale signs of psychopaths are their lack of conscience, their pursuit of self-gratification at the expense of others, and their “flagrant criminal violation of society’s rules.”
Some infamous psychopaths include the likes of Ted Bundy, John Gacy, and Ed Gein.

According to Dr. Hare, psychopaths are more common than you would think. “Consider that there are at least 2 million psychopaths in North America,” the author writes. “The citizens of New York City have as many as 100,000 psychopaths among them. It remains important to note that Dr. Hare published his work in 1999 – more than 20 years ago – so these numbers may continually wax and wane. Still, the numbers he cites remain disturbing.

In other words, this means that some of the most notorious psychopaths – Ted Bundy, John Wayne Gacy, and Henry Lee Lucas – were considered sane by current psychiatric and legal standards.

Although exploring the mental health challenges that psychopaths face remains outside of the scope of this blog, according to Dr. Hare, psychopaths experience a cluster of mental health problems, including narcissism and antisocial personality disorders. This can result in deviant social behaviors as well as other undesired outcomes.
Some of the key symptoms of psychopathy also include:

This is not to say that if you, yourself, or someone you know exhibits some of these behaviors that he or she is a psychopath. Still, these are some of the traits that define psychopaths, and the diagnosis of such ought to be left up to a licensed professional.
Finally, among the general population, although the number of psychopaths remains low, there appears to be a fairly high number of psychopaths . . . although not all of them are well-known or famous. 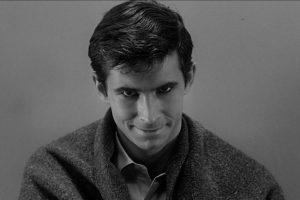 References:
Hare, R. D. (1999). Without conscience: the disturbing world of the psychopaths among us. The Guilford Press, New York, NY.