When the word “psychopath” is used, it is usually used in a casual context, when a person is describing someone they don’t like, or even, and ex-partner. But the disturbing truth is that individuals with psychopathy are more common than one would think. Also, a person does not need to conjure the name “Ted Bundy” to name a psychopath, per se.

How many psychopaths are there in the United States?

It’s a difficult question to answer. But Dr. Hare has weighed in.

“To give you some idea of the enormity of the problem that faces us, consider that there are at least 2 million psychopaths in North America,” the author estimates. Dr. Hare continues: “The citizens pf New York City, [for example], have as many as 100,000 psychopaths among them.”

Again, according to Dr. Hare, psychopathy includes the following traits:

These do not describe all of the traits of a psychopath, but they are among some of the most prominent traits that mental health professionals will describe.

As pointed out by the author, “psychopaths make up a significant portion of the people the media describe.” Dr. Hare points out a long list, but some include: cult leaders, serial killers, gang members, child abusers, drug barons, and the like.

Moreover, it’s important to point out that “psychopathic killers . . . are not mad,” as Dr. Hare explains. “Their acts result not from a deranged mind but from a cold, calculating rationality combined with a chilling inability to treat others as thinking, feeling human beings.” In describing psychopaths, Dr. Hare continues: “Psychopaths usually come across as arrogant, shameless, braggarts—self-assured, opinionated, domineering, and cocky. They love to have power and control over others and seem unable to believe that other people have valid opinions different from theirs.”

To conclude, the psychopaths represented in high-profile media cases and in movies are only the tip of the iceberg. As pointed out by Dr. Hare, there is an estimated 2 million psychopaths in North American at any give time. Finally, psychopaths are not “crazy” but are calculating and rationale, which makes them evermore dangerous. 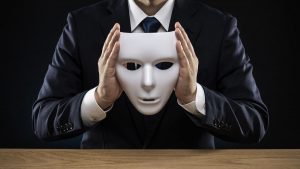 Hare, R. D. (1999). Without conscience: The disturbing world of psychopaths among us. The Guilford Press. New York. NY.