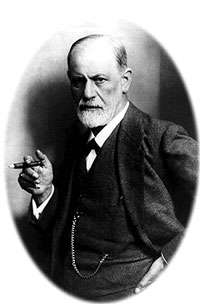 In the United States, the average commute to work is about 25 minutes. About 8% of the population has a commute 60 minutes or longer, and 61% of people in that group get to work by driving alone (U.S. Census Bureau, 2013). I am one of those people. And all that time (all. that. time.) driving on the road gets me thinking about a lot of things, including driving on the road.

When talking about psychology and driving, the first thing that probably comes to mind is the concept of road rage. In legal terms, speeding, improper passing, and other aggressive driving behaviors are considered traffic offenses, whereas road rage is a criminal offense, characterized by “a deliberate attempt to harm other persons or property arising from an incident involving use of a motor vehicle (Takaku, 2006).”

Driving aggression is a very curious phenomenon for several reasons. For one, the acts that trigger road rage seem to be disproportionately inoffensive relative to the aggression they incur: cutting someone off on the road or stalling at a traffic light may be entirely accidental, but the response may be rude or violent gesturing. Relatedly, these aggressive behaviors that happen on the road don’t seem to bare much resemblance to behavior in other public places: even if slow walkers are perceived as annoying as slow-drivers, being stuck behind a slow walker doesn’t seem to generate the kind of outburst as being behind a slow driver does.

Psychologists have busied themselves in the past few decades with trying to identify the cause of aggressive driving. Some researchers have found evidence in personality traits that correlate with aggressive driving. Unsurprisingly, people who have a general disposition toward anger also have a disposition toward angry driving (Brookings, deRoo, & Grimone, 2008). Also unsurprising, but thought-provoking, is the relationship between aggressive driving and narcissism (Wickens, Mann, & Wiesenthal, 2013). I have to wonder if the connection between the two may have less to do with the inflated self-admiration that defines narcissism and more to do with the sense of entitlement that characterizes it. Diekmann, Jungbauer-Gans, Krassnig, and Lorenz (1996) found that drivers of higher status (i.e. more expensive) vehicles were quicker to honk at a blocking car at a traffic light than drivers of low-status cars were. A recent study further solidifies the link between social status and entitlement in finding that upper-class participants had higher scores on a measure of psychological entitlement than participants of lower classes did (Piff, 2014).

Aggressive driving is not fully explained by personality characteristics, however. People who are generally aggressive will not always lash out behind the wheel and people who are otherwise all warm and snuggly can occasionally snap.

The kind of research that interests people in the field of psychology is almost exclusively quantitative research – research using hard numbers and objective measures – as opposed to qualitative research, which is characterized by interviews and narratives to understand topics and is considered more subjective and less objective (read: less scientific) in nature. Indeed, psychologists often try to distance themselves from the qualitative side of research, mostly in an attempt to be seen as a “legitimate” science. We call it “physics envy.”

However, some qualitative research is particularly insightful when used in concert with quantitative methods of inquiry. Lennon and Watson (2011) interviewed 30 drivers on the topic of aggressive driving and identified two themes as to why people engage in it: One, as a form of criticism, or to “teach them a lesson” so their targets don’t do it again, and two, as a form of retaliation, the latter of which arises when the behavior of another driver is seen as intentional.

The phrasing of the former sentence is of interest here – whether the other driver’s behavior is actually aggressive or not isn’t as important as whether it’s perceived as intentional. Some research suggests that we have an implicit intentionality bias, meaning that there is a tendency for people to view others’ actions as intentional rather than accidental (Rosset, 2007). A driver being tail-gated may be more likely to attribute the other driver’s actions to a pushy attempt to get them to speed up rather than unawareness or a lack of attention to how close they are following.

Takaku (2006) identifies one possible solution to combating road rage that could be quite effective – making people mindful of their own past wrongdoings behind the wheel. Takaku found that participants who were reminded of their own reckless driving behavior were less likely to attribute another driver’s misbehavior as a reflection of the internal state of the driver and have a negative emotional reaction and were more likely to forgive them (2006). As good of an idea as it sounds, one wonders how the concept could be implemented in the general public. To the extent that people do have a bias towards intentionality, any campaign to get people to empathize with others would have to be carried on for a long time to make any permanent changes in how people make their automatic attributions.