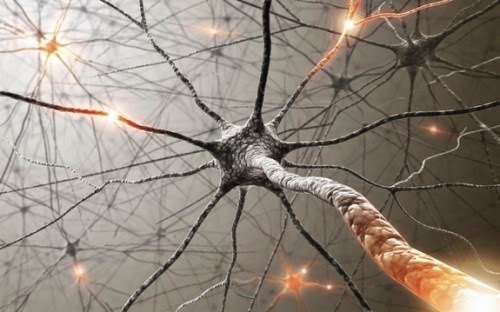 The classic Carlson text on the physiology of behavior does an excellent job providing a review of the literature concerning the pharmacology, neurology and epidemiology of schizophrenia. I was a bit disappointed, however, with a distinct lack of treatment concerning the (possible) relationship between schizophrenia and substance abuse. More specifically, I was interested in any correlations between schizophrenia and adolescent substance abuse. Carlson makes the following observation, but leaves the reader hanging: “MRI studies suggest that schizophrenia is not caused by a degenerative process as are Parkinson’s disease…Instead, a sudden rapid loss of brain volume typically occurs during young adulthood… [This process] begins prenatally and then lies dormant until puberty, when some unknown mechanism triggers degeneration of some neurons (p. 565).”

What, then, is the role of substance abuse of adolescents who later exhibit symptoms of schizophrenia? Fortuitously, research revealed a 2005 article: “Adolescence, schizophrenia and drug abuse: a window of vulnerability.” As a review of the literature, this article also provided a copious bibliography to sift through later.

The authors argue that since adolescence is a time for significant brain development as well as engagement in psychosocial development (peer group dynamics, sensation seeking, anhedonia, etc.), that this population is at risk for both a “psychotic episode and substance abuse disorders in predisposed people” (emphasis mine).

Certainly, the authors would be remiss not to mention the neural pruning theory of schizophrenia. Indeed they do, and follow through noting how excessive pruning of neurons in the prefrontal cortex and the parahippocampal cortex could be responsible for decreased Dopamine function in the PFC. This, in turn, would lead to over activity of Dopamine in the mesolimbic system, because of the inhibitory feedback. That process, in turn, could be responsible for the positive symptoms of Schizophrenia.

Overall, I was more than pleased to come across this review of the literature concerning schizophrenia and substance abuse in adolescents. While the findings presented were not new, nor did they deviate much (if at all) from the findings presented in previous research (cf. Carlson’s work referenced below), they nonetheless provide ample food for thought and as well as a thorough and helpful bibliography.