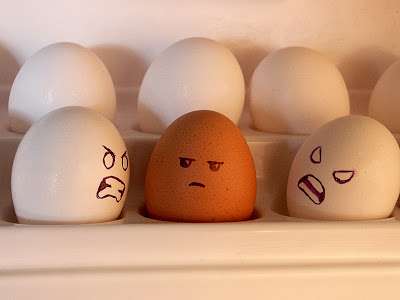 In the wake of the deadliest terrorist attack on western soil since September 11, 2001, a debate has been raging over whether or not western countries should accept refugees from Syria amidst the continued fighting in that country. Although both sides of the debate may have sound arguments, what remains clear is that a seeping prejudice has been brewing in some quarters of the rhetoric—both internationally as well as in the United States.

Prejudice, racism, and bias are as old as the human race, but these unfortunate attitudes and behaviors always seem to emerge in crisis situations stronger and more enhanced, such as after the attacks in Paris in recent weeks. So far, some have declared that refuges from Syria are not welcome in the United States. Before such a stance becomes policy, it may be helpful to explore prejudice and how to avoid it.

Gordon Allport, who had conducted influential social psychology research in the 1950s and ‘60s, found that, “[c]ontact between members of different groups—be they religious, ethnic, or tribal—helps reduce prejudice and fosters friendly intergroup relations.” In other words, the more meaningful time an individual spends with members of an outgroup, the less likely that individual will develop prejudices toward that group. It appears to be a simple idea, yet it remains a powerful one.

Much research time and journal space has been invested in studying prejudice. One unfortunate fact has emerged: Prejudice appears to have early roots, beginning in childhood. According to Christian Jarett, “Young children show a preference for playing with children of the same skin color or with other kids who simply happen to be wearing similar clothes. In adulthood,” Jarett continues, “in extreme cases, this instinct for prejudice can lead us to dehumanize those we consider to be outsiders.”

And this makes Allport ever more important. If prejudice appears early in life and is learned, that means it can potentially be unlearned. Indeed, individuals may want to remain extra cautious about their thinking when it comes to outgroups.

On the whole, Allport’s thesis has survived critical scrutiny and has been generally accepted among social psychologists and anthropologists. One criticism, to be fair, according to Jarett remains that much of the research into Allport’s contact hypothesis is that it remains cross-sectional. In research parlance, this means that study participants have been study at the same time and in different groups. There is nothing wrong with cross-sectional studies. They are used all the time from studies on nutrition to studies on crime, but sometimes they may not be as credible as their “longitudinal” (or long-term study) counterparts. Nevertheless, the contact hypothesis remains a prevailing social reality.