At most times and in most places – at least in Western Cultures – there appears to be a stigma toward those who choose to be alone. Not just romantically but also generally. Who would rather stay home on a Saturday night, when all of your friends are going to a party? Who would opt to spend holidays alone at home rather than with family?
Stigma.

Individuals who opt to be alone are often labeled “eccentric,” “strange,” or in some cases . . . “criminal”? Think of Henry David Thoreau, the 19th Century American naturalist write who spent two years living alone at Walden Pond, MA. Thoreau – who is sometimes labeled as a misanthrope by some – also was able to produce arguably one of the best works in American literature.

Others, however, did not fair so well. More recently, in the 1990s, the world was shocked to learn about the existence of the Unabomber, Ted Kaczynski, who lived alone for decades in a remote Montana cabin, and – from there – launched a one-man war against technological society that resulted in the death or injury of dozens of people over a period of about three decades.

Most of our daily experiences with solitude are not as extreme as Thoreau or Kaczynski. Most of our experiences with solitude include spending time at home on the weekends or evenings, going for a walk, or even taking a long drive – all of which can be healing in some way.
Author Anthony Storr whose book, “Solitude: A Return the Self,” argues that “[r]removing oneself voluntarily from one’s habitual environment promotes self-understanding and contact with those inner depths of being which elude one in the hurly-burly of day-to-day life.”

Storr was an unapologetic advocate of solitude.

He thought that the way solitude gets labeled, or even mischaracterized, remains problematic. He writes: “The current emphasis upon intimate interpersonal relationships as the touchstone of health and happiness is a comparatively recent phenomenon.” Later, he goes on to write: “The capacity to be alone thus becomes linked with self-discovery and self-realization; with becoming aware of one’s deepest needs, feelings, and impulses.”

Solitude, in other words, should not be viewed as a punishment. Solitude is rewarding and healing.

Year by year, the world appears to increase in complexity. More innovation, more people . . . and with it, more problems arise, too. Cities are growing. Not just in the West but also in China, parts of Southeast Asia and elsewhere. More and more people are cramming themselves in smaller and smaller areas. But, arguably, solitude is a state of mind. Regardless if a person is in a crowded city or a country farm, an individual can be alone anywhere. 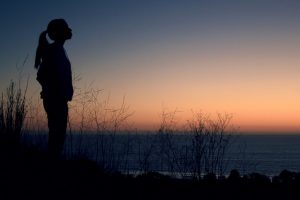