A Tour of Multiple Intelligences 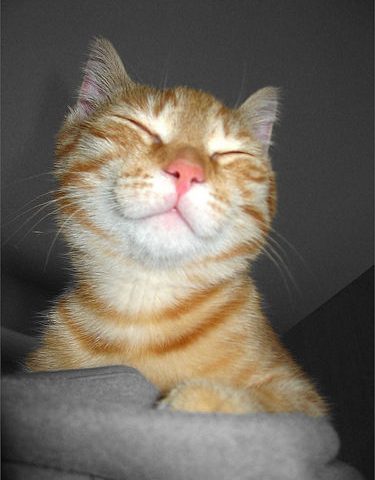 David D. Burns, M.D., first published “Feeling Good: The New Mood Therapy” in 1980. Since then, the book has gone on to sell millions of copies and has inspired countless spinoff workbooks and seminars. In fact, the book’s popularity remains epitomized by a quote from the Los Angeles Times on its back cover: “A book to read and re-read,” it says. And whether it’s your first go or your tenth, “Feeling Good” does not disappoint.

Throughout the book, Burns identifies mental traps that, as he claims, cause a host of mood disorders, including:

Burns identifies depression as “. . . the world’s number one public health problem,” and says that it remains so widespread that depression “. . . is the common cold of psychiatric disturbances.” Because of its ubiquity, depression has earned special attention by Burns as a mood disorder that merits special attention. According to the author, depressed feelings begin with an individual’s thoughts. “Your depression is probably not based on accurate perceptions of reality but is often the product of mental slippage,” Burns writes. In other words, few things outside of ourselves actually cause a person to become depressed. This insight invites us to begin tackling depression by tackling our negative thoughts.

Because our “emotions result entirely from the way [we] look at things,” Burns challenges the reader to break the cycle of negative thinking by breaking down the process that causes it. Often times, persons dealing with depressed feelings will view things in a distorted manner, as they are unable to see the world in a neutral way. Moreover, Burns believes that an individual needs coping strategies to beat back any depressing thoughts.

Like depression, many individuals also experience “the approval addiction.” This, according to Burns, remains when individuals may feel they need approval from others—whether in romantic, social or professional contexts. Burns says that gaining approval from our peers is nice but is not needed. Like beating a drum, he repeats: “It is only your beliefs about yourself that affect the way you feel.” Burns says that many people mistakenly equate approval with self-worth, when that belief is simply not true. Finally, falling victim to the approval addiction trap is to entertain an irrational belief. As Burns says: “. . . if someone rejects you for your imperfections, that’s their goofiness, not yours!”

The Merits of ‘Feeling Good’

In the years since Burns published “Feeling Good,” a myriad of self-help books has flooded the market. What makes this book different, however, remains its time- and evidence-tested strategies. Burns’ scientific and academic credentials remain strong, and the advice, ideas and strategies that “Feeling Good” offers has been backed by clinical evidence. In a world full of self-help gurus who may push dubious advice, academic credentials and clinical evidence may be hard to find.

Not so with Burns.

Also, the advice and strategies found in “Feeling Good” remain practical, as many individuals have discovered. Burns reminds us that only we retain control over our emotional destinies, too, and that the first step to beating back self-defeating thoughts and behaviors is recognizing this. “Your feelings result from the meaning you give to an event, not from the event itself,” Burns writes. Finally, since 1980 when “Feeling Good” was first published, rates of depression have been on the rise. Perhaps now is the time to start feeling good again.