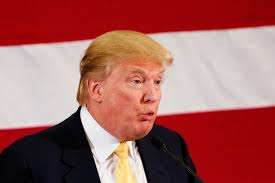 Public controversies in the United States are not new, but it seems that in Washington, D.C., and elsewhere around the country, public controversies have become the new norm these days. Some of these controversies are political, scientific, public, and policy based. Adding complexity, the general public often looks to professionals in various professions to weigh in, clarify, or add to a specific in-the-moment controversy.

All of this begs the question: When is it ethical for psychologists, in particular, to weigh in on a public controversy, if ever?

Take for instance the case of our current Commander in Cheif. While some law makers are pushing for the President to undergo a mental health evaluation, psychologists have been largely silent on the issue, due in most part to the Goldwater Rule. The Goldwater Rule refers to the prohibition on psychologists to offer a professional opinion on public figures they have not interviewed in person, and without first obtaining consent to make such a public statement.

In an article published in 2014 in Ethics and Behavior, Angela M. Haeny from the University of Missouri, attempts to address this question.

The Ethics Code the author is describing comes from the American Psychological Association (APA). Although it remains outside the scope of this article to dive into the many details of the APA ethics code, there are some relevant aspects worth noting. First, according to the author, the APA Ethics Codes address specific public activities that are highlighted by the APA. These activities include:

Of course, individuals remain free to do what they wish within their personal time, but the problem, Haeny notes, is when, say, a psychologist, for instance, identifies himself or herself as a professional or weighs in publically on a political controversy. Such an activity “could have unplanned detrimental effects.” The author also makes clear that, “[a]ssumptions could easily be made by the public that all psychologists hold a similar opinion on specific controversial issues based on the psychologist’s public position.”

Although it may remain tempting for individual psychologists to make public statements about the mental health of a politician or to speculate about specific psychological motivations of a public person, the fact is, professionals should—in most cases—avoid this temptation.

Haeny, A. M. (2014). Ethical considerations for psychologists taking a public stance on controversial issues: The balance between personal and professional life. Ethics & Behavior, 24(4), 265 – 278.