“We are living in a nonlinear world where combinations of technology have become far greater than the sum of their parts,” author Daniel M. Gerstein says in his 2019 book, The Story of Technology. In the past century, the development of technology has been unprecedented – and this has been truer in the past 20 years: Web 2.0, social media, The Internet of Things (IoT), mobile computing, 3-D printing, and cloud computing are only but a few technologies that have exploded in the past 20 years.

So why have things been changing so much, so fast?

In 1965, one of the co-founders of the Intel Corporation, Gordon Moore, published a paper that predicted processing power and memory would double roughly every two years. Now it’s down to about 18 months. Moore’s prediction was spot on, which is how you go from relays to giant mainframes to vacuum tubes to integrated circuits to microprocessors since WWII.

The other explanation is the Technology S-Curve. Rather than a linear progression, where development happens in a slow and predictable way, where one thing builds from what came before, “nonlinear” progression, on the other hand, occurs not in a predictable, linear way but in more of a chaotic system where various inputs occur and progression speeds up more quickly. To put it more simply, a linear system looks like this:

But in an S-Curve, non-linear system, progress looks like this:

Put simply, the difference between linear and non-linear systems is analogous between addition and multiplication. In the first instance, it takes four steps to get to the number 4 in our addition example. In the multiplication example, on the other hand, it only takes two steps to reach the same answer. Of course, this is an overly simple example, but this example helps illustrate the difference between linear and nonlinear systems.

The human mind, generally speaking, is a non-linear system (as far as anyone knows). Comparisons of the human mind to traditional computers are misguided. Even in advanced computing, if one were to remove the machine’s central processing unit (CPU), the computer would fail and stop working.

There is no CPU in the brain. For instance, in surgeries where parts of the brain are removed, the brain compensates. This is known as “neuroplasticity.” The brain is adaptable, and it’s non-linear. 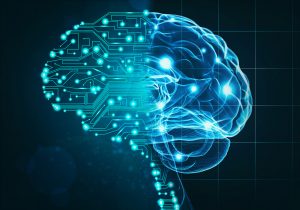