Social Anxiety Disorder (SAD): What is It? How Is It Treated?

So, the title of this article may sound a little strange. I mean, who doesn’t want to not try at something? But I recent read New York Times bestselling author Mark Manson’s “The Subtle Art of Not Giving A F____” . . . and, the book, which at first did not appear to be anything special to me, was – in the end – an eye opener.

Manson begins his book talking about the life of the deceased poet, Charles Bukowski. If you know anything about Bukowski, you may know that he was a seedy individual. Bukowski spent the better part of his life broke, depressed, and as an alcoholic. It wasn’t until when Bukowski was in his 50’s when he obtained fame and money from his poetry, and even then, that did not change him.

For Manson, Bukowski is an anti-hero who, in some ways, was a teacher. Not that anyone wants to spend their lives drunk, broke, and depressed . . . but . . . Bukowski appeared to “not care,” and this, in a way, remains a teachable insight.

This doesn’t mean that we should all become nihilists or pessimists. It simple means that – perhaps – we’ve put our money down on the wrong stock. Manson believes that people want to avoid pain, when, really, the key questions to being successful is: “What pain do you want to sustain?”

“What pain do you want to sustain?”

This is the key question for any one who considers going after any goal in their lives. Great things can be accomplished by great people . . . but Manson smacks us in the face by arguing that maybe, just maybe, it’s OK not to want great things. Maybe it’s OK to have a rent and pay an electric bill and have a somewhat normal life.

Finally, personally, I think we ought to care. But what we should care about is a different matter altogether. Reading Manson’s book was a wake-up-call for me, allowing me to realize that what I prioritize might not always be the things that may make me happy. 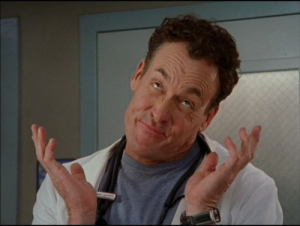