This week on September 21, the Northern Hemisphere will officially enter into autumn. The long, warm bright days of summer are now behind us, as we enter into the dark half of the year.

Like its sister event, the Spring Equinox, the Autumn Equinox occurs when the amount of daylight and night are almost exactly even. But unlike the Spring Equinox, when the balance shifts from less darkness to more light, the Autumn Equinox marks the moment in the year where the balance shifts from less daylight to more darkness. The day will continue to have less and less light until it bottoms out around the Winter Solstice toward the end of December, when day – albeit gradually – begins to increase again.

Both the solstices and equinoxes are surrounded by ancient myth and lore.

Some earth-based spiritual practices, such as modern-day Wicca, call the autumnal equinox “Mabon.”

“[T]he autumn equinox foreshadows the darker days to come,” writes author Ann-Marie Gallagher. “After Mabon we continues toward Samhain (Halloween), and having travelled the sacred wheel of the year, continue the cycle around,” she writes.

The latter concept, “The Wheel of the Year,” is the idea that at approximately every six weeks or so, the earth takes another turn on the wheel. And these turns are marked by special days called “Sabbats.” Most western holidays, such as Christmas and Easter were based on previous pagan sabbats. Some of these are well-known to Americans such as Halloween, which was originally a Celtic festival known as “Samhain,” or Christmas, which was based on the tradition of “Yule,” or the winter solstice. Some, on the other hand, are lesser known, such as the celebration of “Imbolic” on February 1, which marks the halfway point between the winter solstice and the spring equinox.

There are eight sabbats throughout the year, according to earth-based spiritual practices.

“Compared to the solstices, which actually occur during the middle of their respective seasons, the equinoxes mark more significant shifts from one season to the next,” writes author Lisa Chamberlain. She goes on the write: “Mabon is the second of the three harvest festivals, representing the pinnacle of abundance when it comes to the crops of the fields and the bounty of our gardens.”

As hinted at by the above quote, many – perhaps all – of the sabbats are ancient traditions based around the agricultural cycle. In the days before industrial farming, peoples from all of the world were heavily dependent on what they produced from the land, and this was a matter of life or death. If a bad harvest occurred, say, one year, that person or persons would be in for a long, harsh winter. These days, crop yields are very stable and predictable, so less focus is placed upon them by the average person. But it makes sense that in centuries past, more respect was given to the earth.

Finally, the autumn equinox officially kicks off the fall season, so it’s a time to enjoy the cooler days, longer nights, pumpkin everything, and the sense of change in the air. 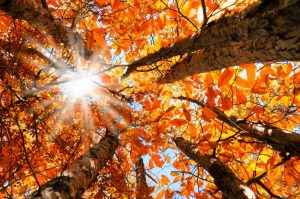