This year, the autumnal equinox is occurring on Monday, September 23.

Traditionally, this has been a time of balance and reflection. Astronomically, what’s really going on is that the day and night will be approximately the same length. After the above date, the night gradually takes over until the darkest night of the year – the winter solstice, which occurs at the end of December, around Christmas.

But for now – the autumn equinox is a time of reflection.

For some earth-based spiritual practices the autumnal equinox is called “Mabon” (pronounced MAY-bun). Historically, during the long stretch of time that human societies revolved around the rhythm of agriculture, the solstices and equinoxes were a time of relative importance, as they marked the height and weakness of the sun’s power.

“Compared to the solstices,” write author Lisa Chamberlain, “which actually occur during the middle of their respective seasons, the equinoxes mark more significant shifts from one season to the next.”

Having a failed crop could mean death, and it’s only in modern culture where humans appear to be more removed from the rhythms of nature.

As noted above, spiritually, however, the autumn equinox offers us a time of balance and reflection. As the days grow shorter and the nights grow longer – traditionally – it has been a time of community. Individuals will inevitably spend more time indoors in the northern latitudes, spending time with others, eating, drinking, watching films, and so on. And the autumnal equinox may act as a reminder – or a metaphor – for finding balance in our own lives and with others.

Foods also stand at the center of fall equinox. Nuts, wheats, grains, apples, and pumpkins are all symbolic of autumn, as families will visit pumpkin patches and apple orchards during this time of year. Also, it is the time of seasonal favorites, such as the pumpkin spice latte, for coffee lovers. Some of these things are purely commercial, while others have their roots deep within the past. No matter what, however, all of food symbolism during this time of year should be enjoyed and celebrated.
Myths, too, abound during autumn.

As natural storytellers, humans have historically used this time of increasing darkness to tell stories, some stories that stretch back for centuries. Wiccans, in particular, have many celebrations and myths that surround, what they will call, “the year’s sunset.”
Finally, stories, food, and myths surround the autumn equinox. As daylight and nighttime are, for a brief moment, suspended in a celestial balance, we, too, can find bounty and balance in our lives at this time of year. 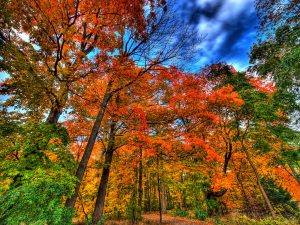