Often times, when something happens – or, more likely, when something goes wrong – it appears to be a human tendency to want to know the cause. “Why did this happen?” is a question we will often ask, whether it’s relating to something big and consequential or if it is something small.

But, according to a long-held idea in psychology, this process can go wrong.

“Attribution is the psychological process of discerning the causes of things,” writes author Christian Jarrett. “The fundamental attribution error,” the author continues, “is the tendency to attribute the causes of other people’s behavior to their intrinsic natures, ignoring constraining circumstances.”

In other words, the fundamental attribution error might occur when, say, for example, a co-worker is late to the office. “So-and-so is always late,” we might think. “They don’t have good time management skills!” But when we are late, on the other hand, we might attempt to explain our lateness: “Traffic was really bad today.” So, in the first example, we are attributing our co-worker’s lateness to his or her character, whereas in the second example, our lateness wasn’t our fault. It was the heavy traffic that caused it.

“It’s easy to think of our own behavior as caused by events, and the behavior of others as caused by their personalities,” Jarrett writes. “If others are late for a date [for example], do you instantly put it down to lack of good timekeeping?” Jarrett asks. “The fundamental attribution error suggests that people tend to blame the behavior of others first, and not allow for mitigating circumstances.”

Jarrett describes the fundamental attribution error as a “classic cognitive bias.” One of the reasons that it is important to explore biases such as these is that it helps us gain awareness. In general, cognitive biases can distort how we see the world. There is a long list of them, of which the fundamental attribution error is but one. These cognitive biases have emerged from the work of psychologists like Edward E. Jones, Richard Nisbett, and Less Ross. Additionally, a related theory is Beck’s Cognitive Therapy.

“[P]eople also often fail to account for the effect of this bias on their thinking,” Jarrett writes. “The reason for this is the same as the reason why the bias exists in the first place: our own circumstances and intentions are available to us directly and feel compelling.” Finally, he concludes: “The intentions and circumstances of others are not available to us, so we judge them on their overt behaviors.”

Finally, it may be important to consider the intentions and circumstances of others before we jump to a snap judgement about them. That may be the most important lesson that the fundamental attribution error teaches us. 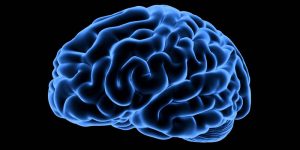