‘Wintering: The Power of Rest and Retreat’

In 1943, a Swiss chemist, Albert Hofmann, “discovered (five years earlier) the psychoactive molecule that came to be known as LSD.” Lysergic Acid diethylamide (LSD), which, as most people are aware, is a potent psychedelic drug that causes hallucinations. Although the well-known synthetic version of the drug was discovered and synthesized in the middle of the 20th century, the chemical compound from which LSD is derived has been around much longer.

“Lysergic acid compounds were recognized in the Middle East several thousand years ago through the poisonings that resulted when a fungus (Claviceps purpurea) infected rye that was used to prepare bread,” writes authors Kuhn, Swartzwelder, and Wilson (2019). In the Middle Ages, eating ergot-infected rye became known as “St. Anthony’s Fire,” “. . . after the patron saint of the order of monks founded to care for the victims of these poisonings and the burning sensation caused by the intense constriction of blood vessels.”

“Today, after several decades of suppression and neglect, psychedelics are having a renaissance,” writes author Michael Pollen. “A new generation of scientists, many of them inspired by their own personal experience of the compounds, are testing their potential to heal mental illnesses such as depression, anxiety, trauma, and addiction.”

As noted by Kuhn, Swartzwelder, and Wilson (2019), “the effects of LSD depend upon the dose.” The authors continue: “Typical doses today are between 50 and 150 micrograms (typical doses in the 1960s were 100 to 200 micrograms).” Moreover, “[LSD] is often diluted and dissolved in liquid and then absorbed into a piece of blotter paper.”

One of the most interesting things about LSD is that it causes “altered states of conspicuousness.” Although these phrases may sound trite these days – perhaps a cliché from the hippie movement – phraseology aside, anyone who has had an “Acid Trip” may testify that the drug really impacts one’s mind in a profound way. Unlike other pharmaceuticals – say, anti-depression SSRIs or blood pressure medication – LSD depends on the users “set and setting.” In other words, the user’s mindset and the environment in which they are ingesting the drug can have a profound impact on the experience the individual will have. This explains why one person taking LSD can have a “bad trip,” while others claim to have a mystical, almost religious, experience while on it.

Although the future of psychedelics for medical use still remains in question – as it is still illegal to use the drug – LSD and other psychedelics such as psilocybin mushrooms and mescaline show great promise for treating specific mental health disorders such as trauma or depression. Finally, just as medical marijuana has recently gone through the process of decriminalization and acceptance, perhaps, too, other compounds such as LSD will, too. 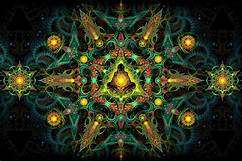