The Strength of the Small Win: Motivation in Everyday Life 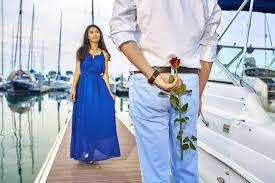 Whether in interpersonal, romantic relationships, business transactions, or friendly interactions, often times people—like it or not—“play games.” Although this does not come as a surprise, the real surprise may be that, since the 1960s, some psychologists have taken the idea of game playing seriously. Here, games are taken to mean:

And in 1964, Eric Berne, a psychologist, published the book, Games People Play, where he investigated and explored game playing through the lens of Freudian psychoanalysis—also known “transactional analysis.” Although the book helped to launch the “pop psychology” movement (a movement that serious researchers and psychologists may loathe), the book was still an instant success with readers as selling had exceed more than 300,000 in the first year. The book lives on to be a modern classic of sorts.

According to Berne, individuals may have “three selves”—“parent,” “adult,” and “child.” It was no accident, then, that these three selves closely mirror Freud’s “id,” “ego,” and “superego.” And, as Tom Butler-Bowdon, a writer of popular psychology, makes clear, “[i]n any given social interaction, we exhibit one of these basic Parent, Adult, and Child states, and can easily shift from one to the other.” He adds: “Within each mode we can be productive or unproductive.”

Playing games may be deliberate or unconscious.

As noted by Butler-Bowdon, the main part of Berne’s book is a “thesaurus of the many games that people play.” Some of these games include:

In summarizing Berne, Butler-Bowdon says: “This is the most common game played between spouses, in which one partner complains that the other is an obstacle to doing what they really want in life.”

Again, according to Butler-Bowdon: “This game begins when someone states a problem in their life, and another person responds by offering constructive suggestions on who to solve it.”

In either of these cases, the individuals involved in the game may, once again, be acting as a the Parent, Adult, or the Child.

Of course, there may remain many more games, but the two aforementioned examples illustrate what, I think, Berne was trying to get at with his game-playing thesis.

And although, Berne’s book has been delegated the realm of pop psychology by some, his “transactional analysis”—as the more formal, academic name for game playing is known—continues to remain influential in some academic psychology circles. At any rate, people do play games, and understanding their motivations for doing so can be enlightening. On reflecting upon Berne’s Games People Play book, Butler-Bowdon writes: “[I]t can be a mind-opening read, and is a classic for the simple insight that people always have and probably always will play games.” And of course, one way to avoid playing the game altogether would be to maintain a position of assertiveness.