Developing the Mindset of a Champion

Family & Friends: How to Help Someone with Depression

Although our world is more connected than ever because of digital technologies, there are still traditions from all around the globe that Westerners (and, in particular, Americans) may not be aware of but are still to make their way into the awareness of the average person from the United States. In particular, words like “Hygge” (a Danish concept) and “Wabi Sabi” (a Japanese concept) are only now beginning to make their way into popular psychology even though these concepts can be (in some cases) centuries old elsewhere around the globe.

The Japanese, in particular, and the Far East, in general, tend to be areas of the world that have great exporters of ideas to the West. Yoga, for instance, originating in India, is something that most Americans have at least heard of – an example of a practice and a set of ideas from afar that have only gained prominence in the United States in the 20th century.

But other practices and philosophies from the East are only just beginning to enter into the Western imagination.

Japanese ideas such as “Ikigai,” “Forest Bathing,” and “Wabi Sabi” have been gaining ground in popular Western psychology. In fact, visit your local bookstore (or visit the webpage of an online retailer) and you’re likely to find books dedicated to these ideas in the “Psychology” or “Personal Growth” book sections.

What are some of these ideas, and why might these concepts be worth exploring in greater detail?

In her book, “The Japanese Contentments,” author Erin Niimi Longhurst explains: “Japan has acquired such a strong, distinct, and rich identity because it lacked external influence for so long. For over 220 years, Japan had an isolationist foreign policy, known as Sakoku, meaning it was a “closed country.” This may help explain why some of these ideas from Japan have not started to show up in the west until now.

Some of these ideas include Ikigai, or “purpose – the thing that drives you and makes you get out of bed in the morning,” and wabi sabi, or “accepting the nature of impermanence and transience and embracing the presence of chaos in life.”

One of the most engaging of these ideas, I think, is Shrinrin-yoku – or, “Forest Bathing.” What is forest bathing? It is basically the idea that being out in nature for some time may produce mental health benefits. An idea like this may be easily found in the Romantic writes of the 19th century, but it is an idea that is only now beginning to get scientific consideration in the West.

“Shrinrin-yoku,” writes Longhurst “is not just hippie, New Age nonsense. . . In addition to confirming that a good walk is good for your cardiovascular health, studies have looked into some of the other advantages. Shrinrin-yoku has been shown to lower the concentration of cortisol (the stress hormone) as well as pulse ratio and blood pressure.”

Although some people may argue that embracing ideas like Shrinrin-yoku might be a form of cultural appropriation, I would argue that since the beginning of overland and sea trading routes thousands of years ago, parts of the world have formed interconnected networks in which goods and ideas have been shared and exchanged. Even as isolationist Japan had discovered, no country or set of ideas can hide from the world forever. Finally, embracing the Japanese Contentments may benefit anyone interested in improving their lives. 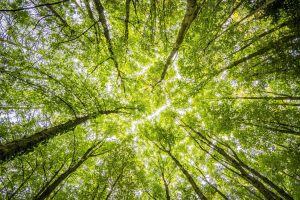