The ‘Mad Genius’ Hypothesis: Probing into the Mental Health of Creatives

Words for Thought: How Language Influences Our Thinking (Or Doesn’t)

The ‘Mad Genius’ Hypothesis: Probing into the Mental Health of Creatives 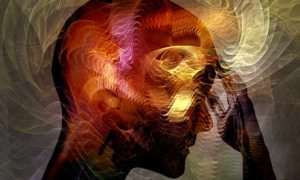 A long-standing idea persists: that in order to be exceptionally gifted in the arts, one must possess one or more mental health issues. This idea has been perpetuated in the popular media as well as in the lives of artists themselves. Vincent van Gogh, whose paintings are on everything from coffee mugs to posters, is a well-known eccentric, and few people know that as they are sipping their latte, the “Starry Night” image on their mug was originally produced during one of van Gogh’s stays in an asylum.

The American novelist Ernest Hemingway—despite his legendary adventures across the globe, from lion hunting on an African safari to his reporting on the Spanish Civil War in the 1930s—struggled with depression his entire adult life, eventually succumbing to it when he ended his life by a self-inflected shotgun blast to the head. Virginia Woolf, who wrote such classic works of literature as “To the Lighthouse” and “Mrs. Dalloway,” also committed suicide after submitting to—what she called—“violent moods of the soul.” More recently, in the summer of 2014, the actor and comedian Robin Williams also committed suicide after a long battle with depression.

One could go on, but despite the long list of creatives who have suffered from manic-depression disorders and the like, the “Mad Genius” hypothesis remains controversial.

In his book, “Tortured Artists,” Christopher Zara profiles the long list of creatives—including a range of actors, musicians, comedians, and authors—who have suffered from addiction, broken hearts, and depression. Zara remains a proponent of the “Mad Genius” hypothesis. He writes: “After all, if pain and suffering are necessary ingredients for great art, then great art gives us a reason for pain and suffering.”

As Zara makes clear, the link between creative genius and mental disorders have been studied scientifically over the years, and the results seem to support the “Mad Genius” hypothesis. In her book, “Touched with Fire,” Kay Redfield Jamison explored the link between manic-depressive illness and the artistic temperament. She writes:

The basic argument of this book is not that all writers and artists are depressed, suicidal, or manic. It is, rather, that a greatly disproportionate number of them are; that the manic-depressive and the artistic temperament are, in many ways, overlapping ones; and, that the two temperaments are casually related to one another.

To support this claim, as Zara cites, “Jamison studied 47 British [and American] writers and visual artists and found that 38 percent of them have been treated for a mood disorder, compared to about 7 percent of the general population.” In other words, compared to most people, those who were identified as writers and visual artists—creatives—had a much higher rate of manic-depressive illness. For example, consider the following:

• Robert Schumann, composer, was in an asylum and attempted suicide

• Anne Sexton, writer, was in an asylum and committed suicide

Although these examples are not representative of Jamison’s list, they are, nevertheless, illustrative.

Consequences for Creatives and Mental Health

Beyond manic-depressive disorder, which remains Jamison’s focus, creatives also suffer from other maladies, as highlighted by Zara’s work. Interestingly, in “Tortured Artists,” Zara broadens the scope, including creatives beyond writers and visual artists, which further lends credence to the “Mad Genius” hypothesis. Marilyn Monroe, who was considered Hollywood royalty, for instance, did a stint in New York’s Payne Whitney Psychiatric Clinic for her suicidal depression, and John Belushi, of “Saturday Night Live” fame, died from his drug addiction. These examples, of course, do not include the countless list of those whose names we will never know.

The image of the tortured artist remains somewhat cliché, and no doubt some many even exploit this image to suit their own needs. Nevertheless, as shown in Jamison’s work, this phenomenon remains very real, as more writers and visual artists have been, to use the title of Jamison’s book, “touched with fire” than others in the general population. Finally, this does not suggest that in order to produce creative work one must become a “Mad Genius”; it simply means, however, that a significant subset of those who do, are.