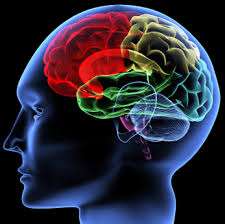 “Although many people want to believe that their positions on moral, religious, and political issues are the product of rational, conscious thought, the reality is that subthreshold, biologically instantiated predispositions shape all human attitudes…”

So writes Hibbing et al in their 2014 article, “The deeper sources of political conflict: evidence from the psychological, cognitive, and neuro-sciences.” In this brief article the authors summarize recent (2003 – present) research findings regarding the biological basis for political ideologies.

After a few paragraphs highlighting the current state of global political tension (as if we needed to be reminded), the authors rightly note that conventional folk wisdom would lead us to believe that our political leanings are partly products of conscious rational thought, and partly a consequence of our environment. Although interesting, this account fails to explain “why the structure of political conflict….is so similar across societies.”

Recent research has tackled this question by looking at personality, cognition, physiology, neuroscience and genetics as it relates to an individual’s political ideology.

Personality: by way of self-report measures, several studies have examined the way in which self-defined conservatives and liberals report methods for moral judgment making, personality traits and values. Results implied that those on the ‘right’ end of the political spectrum tend to report an emphasis of politeness and conscientiousness, tradition, conformity as well as “authority, and in group/out-group distinction.” Those on the left, however, report “personality traits of empathy and openness to new experiences” and to be concerned with harm avoidance, equity and self-direction.

Cognition: Going beyond mere self-report measures, and employing such tests as that Flanker task, the emotional Stroop test, and the dot-probe test, further research investigated the way in which individuals on different political spectrums tended to attend to different types of environmental stimuli. For instance, Dodd, M. D. et al. (2012) found that those on the political right tended to attend to negative environmental stimuli (e.g., car crashes and vomit) than did their liberal counterparts.

Not only people of differing political orientations attend to environmental stimuli, their biological responses to those stimuli are also different. For instance, when electrodermal activity was measured, those on the political left tended to have reduced increases in sympathetic nervous system activation when viewing negative images. On the other hand, a more conservation political orientation seemed to correlate with a heightened startle reflex in the presence of unanticipated auditory stimulus.

Recent research suggests that there is a difference in the neural structure and brain pattern between individuals of differing political views. Those on the political right may have more amygdala and insula activation during a risk task according to functional MRI (fMRI) analysis. Those who tend toward the left, on the other hand, seem to be more neurocognitively more aware of the need to “alter habituated response patterns”. Other notable neurological differences may include more gray matter in the amygdala for those on the political right, and more gray matter in the anterior cingulate cortex for those on the left.

While we know that twin studies consistently find political alignment to be largely heritable, one recent study suggests a correlation between DRD4 (a dopamine receptor gene) and political orientation.

While it’s certainly true that political leanings are often shaped by environmental and developmental experiences, Hibbing et al. here argue that this is only part of the story. Based on the above findings, Hibbing et al. suggests that “Once formed, these predispositions serve as a prism, affecting perceptions, processing, and physiological responses to various environmental occurrences. Political actions and orientations are the result of the particular manner in which each individual’s predispositions systematically distort their environmental experiences.” Thus, the simplistic dichotomy of nature vs. nature may need to give way to recognition that people of different political opinions differ not only their environmental experiences, but also personality traits, moral decisions, values, cognitive and attentional biases, physiological responses to stimuli, brain activation patterns and perhaps even their genetics.

I close with Hibbing’s et al. tip of the hat to their superior objectivity: “Because politics is such a sensitive and explosive issue, it is particularly important for researchers in this area to avoid appearing to disparage individuals holding any particular set of beliefs….The burgeoning evidence just summarized does not demonstrate that those on the political left are better or worse than those on the political right. It does suggest that major individual-level difference exist in personality, values, cognition, physiology, brain activation, and even genetics.”

“Although many people want to believe that their positions on moral, religious, and political issues are the product of rational, conscious thought, the reality is that subthreshold, biologically instantiated predispositions shape all human attitudes…”