How We Learn: When It Comes to Acquiring a New Skill, Look at a Russian Psychologist’s ‘Zone of Proximal Development’

How people behave and what they do online is different from how they behave and what they do in the real world. This should come as a shock to no one, as this phenomenon has been around for at least a generation. This applies to social media trolls in particular, but it may also apply to those who engage in any sort of digital crime.

The Online Disinhibition Effect was put forth by John Suler.

In his 2015 book, “The Dark Net,” author Jamie Bartlett describes and defines this phenomenon.

“[It’s] the idea that a screen allows you to disassociate your real self from your online behavior, to create fictious identities and alternative realities, in which social restrictions, responsibilities and norms do not apply: as if the online space is somehow separate and different.”

When it comes to trolling and other forms of cyberbullying, for example, some people say and do things that they would never consider the in the real world, yet their online behavior may be described as “mean,” “nasty,” or “abusive.”

Formulated in 2001, Suler’s Online Disinhibition Effect “allow[s] users of the internet to ignore the social rules and norms at play offline.”

Again, this applies to a range of behaviors, including watching pornography, trolling and online talking, and engaging in outright illicit activities.

“[Suler] argues that because we don’t know or see the people we are speaking to (and they don’t know or see us), because communication is instant, seemingly without rules or accountability, and because it all takes places in what feels like an alternative reality, we do things we wouldn’t in real life. Suler calls it ‘toxic disinhibition,’” writes Bartlett.

The Online Disinhibition Effect is not only a psychological effect – it has real world consequences. In the case of trolling and cyberbullying, there have been a few documented cases of teens committing suicide because of online bullying. Other examples, such as buying drugs on the dark web, can also aid in destroying families and communities. 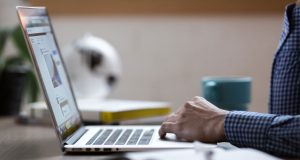