According to authors E. Siobhan Mitchell and David J. Triggle, Selective Serotonin Reuptake Inhibitors (SSRIs) are more than just a category of pharmaceutical drugs . . . these pills have taken on their own cultural significance.

Developed in the 1980s as a second wave of drugs aimed to treat depression and anxiety (and in some cases other related mental health disorders such as post-traumatic stress disorder), SSRIs – most famously “Prozac” – were not discovered by accident; they were developed from what was known about brain chemistry and depression at the time. By the end of 1980s, drugs like Prozac went on to become more of the most well-known and bestselling antidepressants of all time.

The details of exactly how SSRIs work on the brain remains outside the scope of this article. But, in essence, they help increase serotonin levels (a chemical in the brain called a “neurotransmitter” that our bodies produce naturally) in the brain.

“Studies have shown that within a few hours of taking an SSRI extracellular serotonin levels rise to seven times the amount normally found outside the neurons,” write Mitchell and Triggle. The authors continue: “Despite the hype about Prozac being a ‘happy’ drug, people taking SSRIs do not feel ‘high’ or especially jubilant.”

The most common side effect of SSRIs is, the authors write, feeling jittery. Typically, it takes 4 – 6 weeks of the benefits of a typical SSRI to start working.

“Sometimes when people with long-term, chronic depress begin to feel better, it may seem as if there has been a complete transformation in character,” write Mitchell and Triggle. “But the more typical response reported is the feeling of one’s old self is back.”

Apart from the physiological side effects, some individuals object to taking pharmaceuticals based upon philosophical reasons. As Mitchell and Triggle write: “Some people find that Prozac seems to numb their ability to feel emotion. Patients have reported feeling ‘flat’ or ‘baseless’. Creative types such as artists and writers sometimes complain that their thoughts are more mundane while taking Prozac [for example], that it is more difficult to have flashes of creative insight.”

This is a notion documented in Kay Redfield Jamison’s book, “Touched with Fire” – a book that explores manic-depressive illness and the artistic temperament.

“Nonetheless,” write Mitchell and Triggle, “there is no doubt that some people who experience depression are willing to trade misery for a more balanced life. In most cases, Prozac increases productivity and innovation, due to the cessation of depression.”

If you or someone you know is suffering from depression, consult with a medical professional.

Finally, although antidepressants remain controversial for some people, the fact is that depression and anxiety have, in part, origins in brain chemistry, and most medical professionals these days take an “eclectic” approach to treating anxiety and depression; that is, they often look at talk therapy, diet and exercise, and – yes – medication as means to help treat individuals suffering from anxiety and depression. 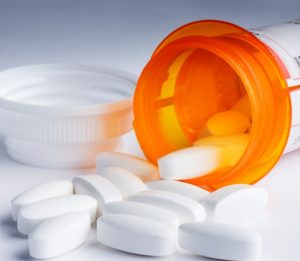