When most people hear the word “exercise,” they may immediately think of sweating, calories, building muscle, or losing weight. And while although all of these things are relevant one thing that may no come to mind is another part of the body where exercise is highly impactful: the brain.

Much research has been put into how exercise impacts, for example, weight, or cardiovascular health, but it has only been recently where researchers have begun to explore how exercise affects the brain. In his book, “Spark: The Revolutionary New Science of Exercise and the Brain,” Dr. John J. Ratey, M.D., dives deep into the subject.
“[T]he real reason why we feel so good when we get our blood pumping is that it makes the brain function at its best,” Dr. Ratey writes. “Building muscles and conditioning the heart and lungs are essentially side effects.”
One of the points that Dr. Ratey cogently makes is that we have “engineered physical activity right out of our lives.”

Most Americans do not get the recommended amount of weekly exercise. Also, since roughly the 1980s, the United States has been in the midst of an obesity epidemic. According to Dr. Ratey, “65 percent of our nation’s adults are overweight or obese, and 10 percent of the population has type 2 diabetes, a preventable and ruinous disease that stems from inactivity and poor nutrition.”

“It was already known that exercise increases levels of serotonin, norepinephrine, and dopamine – important neurotransmitters that traffic thoughts and emotions,” the author writes. But “. . . toxic levels of stress erode the connections between the billions of nerve cells in the brain or that chronic depression shrinks certain areas of the brain. And [people] don’t know don’t know that, conversely, exercise unleashes a cascade of neurochemicals and growth factors that can reverse this process, physically bolstering the brain’s infrastructure.”

Finally, as Dr. Ratey points out: “It turns out that moving our muscles produces proteins that travel through the bloodstream and into the brain, where they play pivotal roles in the mechanisms of our highest thought processes.” 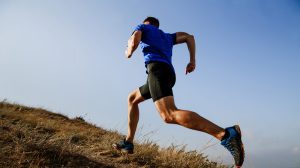