It’s been known for centuries that color can have an impact on the human brain. Specifically, different colors can influence a person’s mood and feelings.

So, what are they?

“Humans react powerfully on an emotional level to colors,” writes author Cath Caldwell. “Research has shown that there is consistency in the responses people have to colors.” The author goes on to explain: “For example, warmer colors (red, orange, yellow) generally stimulate, while cooler colors (blue, indigo, violet) are calming.”

Although color psychology is a tool more used in art and design rather than in pure psychology nowadays, colors can certainly influence a person’s state of mind, as the above mentioned words indicate.

“Although interpretations vary hugely, color is used all over the world to symbolize collective values,” Caldwell writes. “Red, for instance, means love and passion to many but is also the color of blood, conflict, and revolution.” She goes on to write further: “In China, red is the luckiest color, whereas in South Africa, it is worn by mourners.”

The color green, for instance, can be interpreted to mean that someone or something is “refreshed,” grounded,” or “optimistic,” while the color green can also mean “luck,” “fertility,” and “jealousy.”

So, although there is some agreement on the meaning of some colors, the psychology of color can and does vary geographically and throughout time. One thing is for certain, however: Color does impact human psychology as well as culture.

Caldwell explains how color works on a technical level.

When describing a color, it is important to keep the following factors in mind:

To conclude, color can have an impact on human psychology. Although there is a wide interpretation of what a color means, there is enough similarity that some general guidelines about how color is used to impact human psychology emerge. Finally, colors can be described by four factors, which include hue, tint, shade, and tonal value.

The next time you deliberately look at a color, as yourself a simple question: “How does this make me feel?” 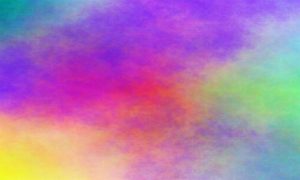