Last week, the United State celebrated the 50th Anniversary of the Apollo moon landings, which first took place in 1969. Although this remains a seminal and historic event in the United States, a quick Google search reveals a popular conspiracy theory: That the 1969 moon landings were a hoax.

As a cognitive process, conspiratorial ideation contains specific features as reported in previous studies. These features include low levels of interpersonal trust, reduced uncertainty and ambiguity, and increased paranoia. With regard to the latter, paranoia, early researchers in both the psychology and political science literatures emphasized an individual’s “paranoid style” and its role in a conspiracist worldview.

Need for Cognitive Closure (NFCC) remains a tendency of individuals to reduce ambiguity and avoid uncertainty. When presented with ambiguous or uncertain information, individuals with high NFCC tend to “seize and freeze” information that remains immediately accessible. Additionally, because many conspiracy theories develop in response to major national and international historic events, such as the HIV/AIDS pandemic, individuals may rely on easily accessible or incomplete information to make a sense of a situation with unclear and ambiguous causes or origins. NFCC, low interpersonal trust, and a paranoid style of thinking may all be described as cognitive process and errors that, as the current literature suggests, create the psychological mechanisms of conspiratorial ideation.

Another theme that can be identified in the psychological literature on conspiracy theories is an individual’s thinking style. This theme, though general, also includes social dimensions as well. For instance, some authors highlight that an individual’s high need for uniqueness will “be more likely to believe in conspiracy theories.” Need for uniqueness, as a thinking style, is defined by the authors as “the need (or desire) to be reasonably different from others.”

Finally, the literature discussed throughout this section describes the psychological mechanisms of how conspiracy beliefs form and how an individual may activate such beliefs to rationalize his or her conspiratorial worldview. 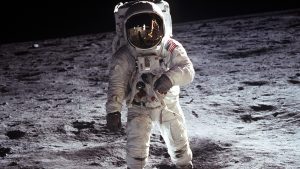