The 5 Stages of Grief and Grieving

For decades – perhaps even for a few centuries – the question of “How does a person become a criminal?” has been asked. Is it nature or nurture? Perhaps a bit of both?

Although there still isn’t an agreed-upon definitive answer for what makes someone a criminal, theories about. One recent popular idea comes from the field of neurocriminology. Researchers in this camp think that specific areas of the brain operate differently in criminals than in non-criminals. Others are not so sure.

Richard Rhodes, author of the book, “Why They Kill,” writes: “It strains common sense to invoke brain damage to explain violent behavior when most people with damaged brains are not violent.” He continues: “Poverty, race, subculture, mental illness, child abuse, gender are all disqualified, singly and collectively, as explanations for criminal violence by the sheer number of exceptions within ever single category that even a casual investigation reveals.”

Rhodes’ book explores the work of Dr. Lonnie H. Athens, an American qualitative criminologist who spent his career interviewing dozens, perhaps hundreds, of violent offenders with the aim of understanding, as the title asks, “why they kill?” After years of work, Athens honed in on the idea of “violentization,” or, the social process of how individuals become violent. Rhodes explains that violentization “. . . is a four-stage process by which any person, regardless of race, gender, genetic heritage, or socioeconomic status, can become someone who will assault, batter, rape, mutilate, or murder another human being.”

Although it is outside of the scope of this article to explore violentization in depth, the idea boils down to a person’s self-conception. Moreover, the four stages of violentization include:

“Each stage includes the social experiences which people must completely undergo before they can enter a higher stage of violence development,” Athens writes. And as Rhodes points out: “Athens emphasizes and reemphasizes that violentization is a social process, requiring interaction with others, and that as such it changes over time.” Rhodes continues: “Psychological processes are obviously involved in the conversation of a brutalized novice into a dangerous violent criminal, but these do not harden into enduring psychological traits.”

To conclude, Athens’ work, however impressive and convincing, is not the only final word on how people become violent criminals. The debate continues, but Athens’ work remains an important part in helping one understand how a person can become a violent criminal. 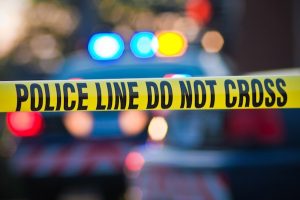