The Psychology of Sound: How We Perceive Sound Isn’t as Straightforward as You Think

Exercising During a Pandemic

The Psychology of Sound: How We Perceive Sound Isn’t as Straightforward as You Think

On its face, the psychology of sound seems pretty straightforward: Something out in the natural world makes a noise, and we hear it.

But, as it turns out, how we perceive sound is quite complex.

At the most basic level, sound is measured in both loudness or intensity (measured in decibels, or dB) and frequency or pitch (measured in hertz, or Hz). And even if noise is random, the human brain finds a way to seek patterns in this randomness, as we do with visual information, too.

In 2015, two researchers from Lafayette College in Easton, Pennsylvania, conducted a study on audio “pareidolia”—meaning that they conducted research on how humans find patterns in random noises.

“Recent research has suggested that people who hold paranormal beliefs may be more susceptible to some perceptional illusions,” the researchers write.

“Pareidolia is the tendency to perceive meaningful forms in suggestive conﬁgurations of ambiguous stimuli. Common examples of pareidolia include the perception of faces in nature (such as in the conﬁgurations of clouds or knots on trees) or in human-made objects (e.g., grounded electrical outlets in the USA appear to have a pair of eyes and a mouth).”

“The paranormal prime increased the proportion of trials for which participants perceived voices in both EVP stimuli and degraded speech. When a voice was detected, low agreement was found regarding the content of EVP messages,” the researchers reported.

In other words, if a person already believed in ghosts or the paranormal, they had a higher likelihood of detecting ghost sounds than if they did not believe in spirits. Also, when those who were more primed to hear spirit voices did, there was disagreement about what the content of those messages were.

Apart from EVP and audio pareidolia, psychologists who study how humans interpret and perceive sound may also focus on how loudness, pitch, and tone are processed by the human brain. There is a whole branch of psychology, for example, which focuses solely on music.

Finally, although disembodied voices almost certainly do not exist, that will not stop some reality show producers from making it seem so on television. 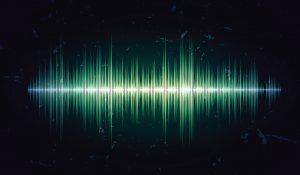