The Psychology of Super Heroes (Part 2): Does Iron Man have ADHD? and Other ‘Super’ Questions (and Answers), Revealed

Defining Wellbeing and Explaining How We Can Achieve It

The Strength of the Small Win: Motivation in Everyday Life

The Psychology of Super Heroes (Part 2): Does Iron Man have ADHD? and Other ‘Super’ Questions (and Answers), Revealed 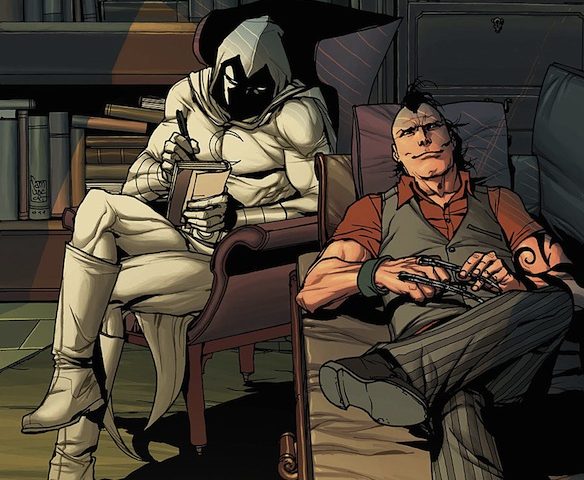 The Psychology of Super Heroes (Part 2):

“Does Iron Man have ADHD? How Much Does Captain America Confirm to Gender Norms? and Other ‘Super’ Questions (and Answers), Revealed

The Superhero genre of movies has exploded in recent years: DC’s Superman and Batman films, and, of course, Marvel’s titans The Avengers, the Iron Man films, and Capitan America. But where some of the earlier versions of these well-known characters may have been campy, more recent adaptations have added deeper layers of psychological complexity. (Particularly Christopher Nolan’s Dark Knight Trilogy, 2005 – 2012).

In an earlier related article, we discussed the psychology of super heroes primarily within the context of Batman. In May 2016, however, Marvel released its highly anticipated Captain America: Civil War. The film was very well received, and it pitted two of the most popular super heroes, Capitan America (played by Chris Evans), and Iron Man (played by Robert Downey Jr.), against each other. And although the film exploded at the box office—behind the punches and kicks—deeper layers of meaning may exist in the film.

Travis Langley, who published “Captain America vs. Iron Man: Freedom, Security, Psychology” in 2016 makes an attempt at peeling back the layers of the psychological underpinnings of these two characters . . . and what they stand for (or against).

Langley begins his book by addressing the stages of development of the hero and then moves through other areas of interest including: trauma, codes of masculinity, and what it takes to be a super hero. Langley’s approach to explaining how trauma shapes a hero remains interesting. “Trauma can change people,” he writes. “It tears some down but pushes other to grow and find purpose. Posttraumatic stress disorder is one well-known consequence that many people experience, but there is also a phenomenon known as posttraumatic growth.” He adds: “The way a person copes with suffering may be what defines a hero.”

The book moves to other areas where super heroes and psychology intersect. For instance, Langley suggests that Tony Stark (Iron Man) may have ADHD,. Stark appears to have a high IQ, but “[h]e does, however, demonstrate some pronness to boredom, which may be indicative of a degree of inattention. He is constantly moving on to new projects when what he is currently doing can no longer keep his interest.” This character trait of Iron Man appears throughout all of the films where the character is featured.

On the other side is Captain America, or Steve Rogers. In one chapter, “Codes of Masculinity,” Langley explores Cap’s uber-manliness. “Although characters such as Steve Rogers might embrace masculinity narratives and gender expectations less fervently than Tony Stark, [Rogers] does not escape them entirely due to how steeped they are in the culture in which he was brought up.” He adds: “That Tony and Steve are both following such expectations, including the idea that one must fight rather than talk about their differences, which adds to the tragedy of their conflict . . . .”

Finally, there doesn’t appear to be an end in sight for super heroes in American culture. And, interestingly, what were once campy, shallow characters have since grown into complex personalities with interesting histories and psychologies.

But what do you think? Is it possible Iron Man suffered from ADHD? Was Captain America too constrained by the uber-masculine norms of an earlier generation?