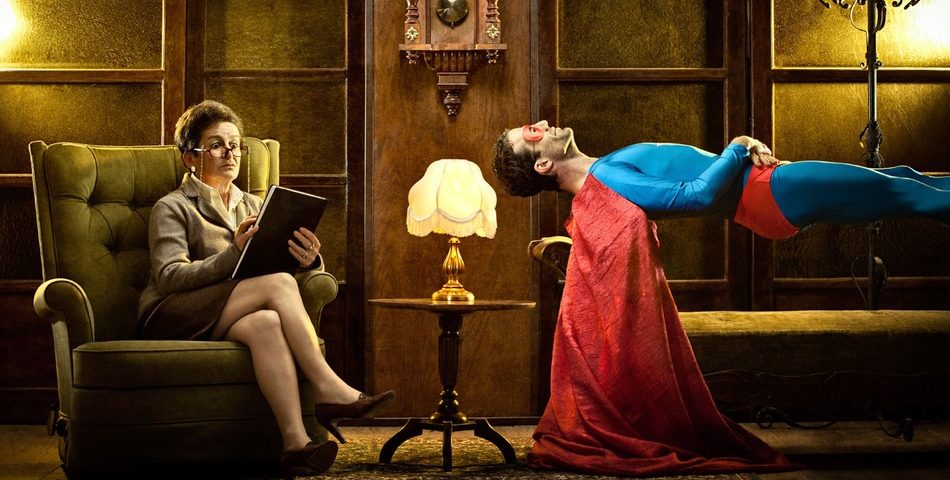 You know the names.

Loss is inevitable in life, and at some point, each of us will experience loss in a multitude of ways: the loss of a relative or friend, the loss of a relationships and so on. In the Batman saga, in both film and in the source material, Bruce Wayne loses both of his parents by the hand of a gunman. This event remains a watershed moment in young Bruce’s life. This event is depicted in the 2005 film, “Batman Begins,” directed by Christopher Nolan. In the film, it is the murder of Bruce’s parents that haunts him throughout his life, and is also remains the catalyst for Bruce’s transformation in to Batman.

So, why doesn’t Bruce Wayne just go in to therapy to rid himself of the Batman persona?

Bruce channels his anger and regret about his parent’s death to fuel his nighttime vigilantism. In his mind, working outside of the law remains a trivial consideration. What matters most is that becoming Batman is his form of therapy. Moreover, the story wouldn’t have as much emotional and psychological depth if Bruce simply grew up as a spoiled rich kid with nothing to worry about. Although he could not undo his parent’s murder, Bruce Wayne uses his Batman persona to avenge his parent’s death, similar to another masked hero: Spider-Man.

Like Batman, Spider-Man (a.k.a. Peter Parker) also experiences loss in his life. Abandoned by his parents, Peter Parker is raised by his Aunt and Uncle. Of course, many know that Peter gains his spider-like abilities after being bitten by a radioactive spider, the psychological catalyst occurs when his Uncle Ben is, too, murdered by a gunman. Before his death, Uncle Ben tells Peter that, “With great power comes great responsibility.” Peter subsequently decides to use his uncle’s advice, and he indeed uses his power responsibility.

In reality, of course, billionaire playboys don’t put on masks to fight crime and people can’t shoot webs out of their hands like a spider, but to focus on the more sensational aspects of superheroes remains irrelevant. The loss experienced by both Bruce Wayne and Peter Parker remain as important as superpowers they may possess because they morph the trauma in to something good and useful.

As much as in comics as in real life, not everyone who experiences loss and trauma interprets it the same way. All superheroes—for all their strength and power—need an equally menacing foe, someone or something that presents a challenge. For Batman, it’s The Joker. For Superman, it’s Lex Luther. For Spider-Man, it’s Venom or the Green Goblin. The strange names aside, what comic book supervillains represent are individuals with poor coping mechanisms. Like many of their superhero counterparts, supervillains have experienced some trauma in their lives, but rather than channel that in to something positive and useful, they choose to “take it out on society.”

Again, the psychology behind the character remains, as argued, more important than the actual powers that he or she possess because—as an example—Peter Parker could choose to use his power for nefarious purposes, and justify those bad actions in his own mind, because he was hurt in some way.

Rather, the difference between the hero and the villain isn’t the tights he or she may be wearing but remains the philosophy he or she adopts toward life. Batman’s nemesis, The Joker, for instance, could conceptually contain as much capacity for good as he does evil. He doesn’t choose to do good, however, and instead embraces a criminal life.

What Superheroes Can Teach Us

Superheroes represent the aspirational aspect of the human imagination.

They champion good and promote the well-being of others. Apart from the action, which is usually played out with grandiose fight sequences, there remains a deeper ethical lesson, which is that we could channel our traumas in to something positive and that we always have the capacity to do good as well as do evil.