Understanding Consciousness: How the Brain Works to Make Us Self-Aware

Individuals who repeatedly encounter stressful situations and traumatic events may be at risk for developing post-traumatic stress symptoms (PTSS). And one interesting question is how these factors mediate one another. Earlier this year, a study published in the journal Traumatology, looked at how firefighters, an occupation where individuals may routinely face traumatic events, developed resiliency or if they developed PTSS.

So, what is resiliency?

“Resiliency has emerged as a significant construct in explaining how humans cope with adversity and trauma,” the authors of the study write. “Resiliency can be defined as the ability to successfully cope, adapt, or manage stressful or traumatic situations.”

After using a sample of 125 firefighters, the researchers discovered that, “depression, anxiety, and sleep significantly mediate the relationship between resiliency and PTSS.” The authors of the study note: “Repeated exposure to traumatic events can take a cumulative toll on an individual’s mental health and potentially lead to a diagnosis of posttraumatic stress disorder.”

This is true of anyone working in a high stress, high tension occupation such as military personal, law enforcement, or firefighters—although it is worth pointing out that this study only used a sample of the latter group. Still, there appears to be a high rate of PTSS among firefighter. As the authors write: “Epidemiological research suggests that among firefighters, the prevalence rate of PTSD is wide, ranging from 17% to 22%, whereas in the general population, rates range from 6.8% to 8%.”

What is more, as the authors note, depression, anxiety, and sleep difficulties are commonly associated with PTSS diagnoses.

The authors of the study explain how it works. They write:

“It is common to endorse PTSS following a traumatic event. However, a significant number of individuals recover from such exposures with minimal changes in functioning over time.” They continue: “Other individuals become “stuck” in a state of nonrecovery and may develop PTSD or other trauma-related behavioral health disorders and suffer significant negative effects as a result, for example, reexperiencing, avoidance, hyperarousal, and negative mood/cognitions.”

Finally, how does resiliency fit in?

That said it remains important for those who have PTSS symptoms to seek help. As noted in the research, a diagnosis of post-traumatic stress disorder (PTSD) can mean that other disorders, such as sleep disorders, anxiety, and depression, can co-occur. 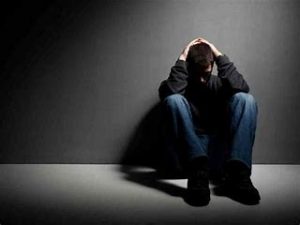