New Year’s Resolutions: Are They Worth It?

A few million years ago, something unprecedented happened to the human brain: it grew, rapidly. Within just a few million years, the brains of human ancestors expanded. (Recall that when speaking in terms of the Geological Time Scale, when time is measured in terms of tens and hundreds of millions of years, only a “few million years” isn’t a long time, relatively speaking.) There are many hypotheses that attempt to explain this growth – from changes in diet and climate to genes.

But in the 1970s, a pair of scientists proposed an idea that was fitting for its time: an idea that would later be known as the “Stoned Ape Hypothesis.” The idea goes something like this: Several million years ago, when early human ancestors began walking upright on two legs (called “Bipedalism”), early hunters who tracked big game would have also stumbled upon their excrement. Just like today, fungi will grow in large game animal droppings. By the 1970s, scientists began to understand that a common psilocybin mushroom (you know, the kind that causes people to trip) would have also grown on the kind of animal droppings that our early human ancestors would have stumbled upon in latitudes where humans evolved in Eastern Africa.

It’s also likely, some scientists argue, that these early hominids would have probably ingested these mushrooms, and, if they had, they would have had similar psychoactive-induced experiences that we know of today. If all of the aforementioned is true, Stoned Ape theorists what to know what kind of an effect that would have had on an evolving human brain.

It is, of course, not surprising that the Stoned Ape Hypothesis would have been proposed in the 1970s. It had only been about two decades prior when psilocybin mushrooms and LSD had been discovered (with regard to the former) and isolated in a lab (with regard to the latter). Very quickly, the cultural winds in the United States and Western Europe changed drastically in the 1960s that allowed for psychedelics to be actively used in that decade. Their popularity caused heads to turn, and they were banned quickly by the 1970s. And thus began a three-decade “dark ages” period for research into the benefits of using psilocybin mushrooms. Although it remains outside the scope of this article, it is worth repeating that, nowadays, the cloud of studying the benefits of using psilocybin mushrooms for different types of treatment is lifting.

Anyway, the time period of when this idea was proposed is almost beside the point that it’s not totally unthinkable that early human ancestors could have also ingested these compounds in the distant past, effectively changing the brain’s evolutionary path. Those who take the Stoned Ape Theory seriously might also say that it’s not as simple as ancient hominids took psilocybin mushrooms, and their brains mutated . . . Finally, what proponents of this they would say, on the other hand, is that it could be possible that psilocybin mushrooms could have made a contribution to the evolution of the human brain . . . which is a cool idea, indeed. 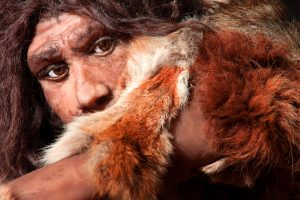