Verbal abuse – whether taking place in the context of a romantic relationship, on the job, or from friends or family members – can be devastating to the victim. Some people may scoff that there is even such a thing as verbal abuse, but it is, indeed, real.

“Verbal abuse is a kind of battering which doesn’t leave evidence comparable to the bruises of physical battering,” writes author Patricia Evans. “It can be just as painful, and recovery can take much longer.”

According to Evans, verbal abuse has the following characteristics:

It should be clear, however, that getting into an argument with your partner, supervisor, or family member is not simply or automatically considered to be verbal abuse. Verbal abuse, as noted by the author, is qualitative in nature; that is, verbal abuse can not be measured in bruises or counted in any easy way. But it does have certain characteristics, which can include “manipulative coercion” or “angry outbursts,” according to Evans.

Turning to the abuser, Evans profiles the characteristics of the verbal abuser. According to the author, a verbal abuser may be: irritable, intense, angry, unpredictable, controlling, jealous, critical, explosive, and manipulative. These are not the full list of descriptors, but they are some of the more critical ones. What is more, “The abuser’s declarations of love are in direct contrast to hurtful things [they] say. Since everyone wants to be loved, the partner in inclined to believe the abuser when [he or she] says, ‘I love you.’”

To conclude, verbal abuse follows a fairly specific path of psychological abuse. Verbal abuse is not simply getting into an argument with your partner. Verbal abuse is underscored by a consistent pattern of manipulative behavior from the abuser. Finally, verbal abuse is also a sign of a toxic relationship If you or someone you know believes they are a experiencing verbal abuse, seek out immediate help from a credentialed professional. 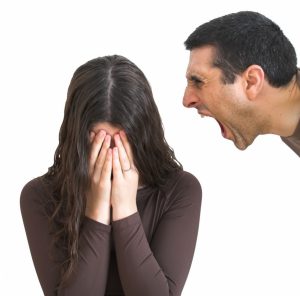