Can a Good Person Turn Bad? 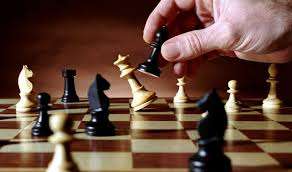 This type of thinking has had various names throughout the years—“essentialism,” “determinism,” to name a few—but all of these names remain simply various labels for the same thing: a deterministic view of human nature that basically refuses to acknowledge the role of human agency and the environment in our development. The debate is age old: Can we change ourselves, or are we predetermined upon delivery?

This debate takes on a slightly different tone when it is applied to the idea of the so-called natural-born genius. You know, people that are so good at something—people like Mozart or Einstein—that their gifts appear to come from nowhere at a very early age. The biological determinist loves to highlight these individuals because it appears to support his or her thesis.

Ericsson’s idea—the idea that “greatness isn’t innate, but comes from epic amounts of self-critical, obsessive practice,” has taken hold somewhat in the public imagination. Ericsson looked at famous professional athletes, musicians, and those with other talents, and he determined that those who spend more than 10,000 hours spread over a 10-year period will acquire masterful skills.

It’s an appealing idea, especially when there remains so much talk about “natural greatness” and “natural talent.” Ericsson would scoff at that idea. Like the German philosopher Friedrich Nietzsche, who argued for the self-overcoming of the individual, Ericsson believed in acquired rather than natural greatness. Unlike Nietzsche, who did not have social science research to back up his ideas, Ericsson did. Moreover, acquired greatness has several implications for individual self-fulfillment:

To begin, does this mean that any individual can become whatever they want, regardless of their level of talent?

Also, what of disadvantage? Clearly, some individuals have more natural advantages than others? What of them?

Ericsson argues that “not just any practice will do.” Christian Jarrett, a writer of popular psychology, notes that “[the type of practice] needs to be ‘deliberate practice’, in which you don’t just repeat what you know but instead constantly seek to stretch yourself.” So, it’s not enough to repeat verbatim already acquired knowledge and skills. The learner has to push his or herself and find new boundaries.

Jarrett writes: “This inevitably involves forensic self-criticism, repeated failure, and a dogged ability to keep dusting yourself down and trying again—a process that’s not particularly enjoyable and quite distinct from leisurely practice.” To put it another way, practice remains hard work, and it is this type of rigor that most, arguably, probably do not endurance for.

On one level, there tends to be a mystical aura about so-called great individuals: famous athletes, skilled musicians—unmatched individuals who appear to operate on a separate sphere than the rest of us. Yet more than anyone, Ericsson smashes that notion. Indeed, if nothing else, his 10,000-hour rule puts the responsibility square on our lap and asks: “What are you willing to endure to acquire a great skill?”

Admittedly, many individuals may not have the time or energy or resources to invest. Even Ericsson, as pointed out by Jarrett, admits: “Although Ericsson’s perspective argues against the idea of innate gifts, his concept of deliberate practice does of course require a rare mix of motivation, good health, and opportunity.” A casual look at the biography of a person like Mozart, however, illustrates Ericsson’s point: that deliberate practice makes perfect.

Whether or not great skills remain innate or a product of deliberate practice will continue to invoke controversy. That said, however, if for no other reason, Ericsson’s idea may appeal to our better selves. It remains inspiring to think that great outcomes really are a product of hard work. In this way, we may not find comfort in self-defeating refuges of “I can never be like that,” or “He or she was born great,” but may provoke us to become better at whatever we want to be . . . in just another 9,999 hours.