What is Consciousness, really?

What is Consciousness, really? 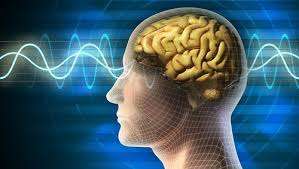 Of all the phenomena in the observable universe, human consciousness, something that is so familiar yet so difficult to understand, remains one of the last true enigmas, one of the last standing mysteries that science, at present, appears unable to crack.

To put this in larger historical perspective, in the past one hundred years, humans have walked on the moon, unlocked the secrets of the atom and the quantum universe, and have developed medical interventions that have extended our lives considerably.

Yet understanding how the random firing of neurons, or, brain cells, in our heads creates our inner mental life and outer perception of the world still remains as mysterious as magnetism was to the ancients.

And despite the seemingly invincibility of science and the power of the philosophy of reductionism, there is not even an agreed-upon definition for consciousness. Although for our purposes, an apt description of consciousness could be understood as the opposite of being asleep. Being conscious means you are aware of yourself, your surroundings, and your internal operations (thoughts, feelings, etc.).

In attempting to understand consciousness further, David J. Chalmers, a professor of philosophy, has divided the understanding of consciousness into two problems: the hard problem and the easy problem of consciousness. Chalmers says that humans have made some headway in attempting to answer questions about the easy problem—questions that relate to memory, perception, mental processing, intelligence, and learning. But the hard problem, which deals with the aforementioned question of how our physical hardware, our brains, give rise to purely mental phenomena. Philosophers call this inner subjective experience “qualia.”

Others, too, have weighed in. Daniel Dennett, another academic philosopher who takes a particularly hard materialistic stance, argues that there really is no hard problem of consciousness, and the so-called qualia we may feel is nothing more than an emergent phenomenon of the random mechanical activities of our brains.

But not everyone remains convinced that Dennett’s explanation is complete. Chalmers, for instance, argues that, although philosophy of reductionism has answered many seemingly unanswerable questions about the universe, these laws, he argues, appear embarrassingly inadequate to explain consciousness. Chalmers believes that in order to tackle the hard problem of consciousness head on, humans need to unearth a whole new set of laws, “psychophysical laws,” which will explain consciousness.

In recent decades, with the rapid advancement of computer processing and the products that go with it, A.I., or, artificial intelligence—an area that was once reserved for sci-fi only—appears now to be a possibility. Thinkers across the spectrum of psychology, neuroscience, philosophy, and engineering are taking the idea seriously. Micho Kaku, a physicist and science popularizer, for example, points out that some believe true A.I.—a computer system that learns, communicates freely, self-corrects, and remembers—could be only decades away. But whether this type of A.I. is 10 years in the future or 100 years, no one knows.

Others, such as Stephen Hawking, fear the rise of A.I. and believe that humans shouldn’t attempt to create it. Hawking fears a machine takeover that would resemble something out of a Hollywood production.

For now, all of these scenarios remain nothing more than interesting speculations. One thing remains true, however. If the internet did one day “wake up,” it would prove that consciousness does not only emerge from biological systems such as the human brain, and more questions would be raised than answered. Meanwhile, thinkers like Chalmers and Dennett have made significant contributions to the discussion of consciousness, and perhaps one day consciousness will be understood as exactly as humans understand the atom.