What is Epigenetics? Shedding Light on the ‘Nature vs. Nurture’ Debate

How to be Original: Exploring Non-Conformity

What is Epigenetics? Shedding Light on the ‘Nature vs. Nurture’ Debate 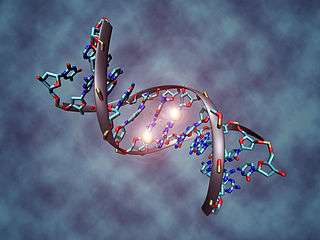 Most people have heard of genetics and have a pretty good idea of what it is. One may remember hearing about Mendel’s peas, DNA, and genes back in school. And although this idea of “classical genetics” remains intact as a scientific idea today, in more recent years, scientists have been unlocking the secrets of inheritance that involve much more nuance than anyone could have ever imaged.

According to author Tom Jackson, “Epi- means ‘on top of’, and the epigenetic process is one that impacts the expression of the gene due to some environmental factor.” In other words, for a long time individuals would argue whether a trait was a product of “nature,” meaning genetics, or “nurture,” meaning the environment. Epigenetics is a relatively new science that explores how the environment influences genetic expression.

If the idea that one’s environment can change genetic expression seems a little strange, consider an episode of history that is an oft-cited example of epigenetics at work: The Dutch Hunger Winter. In the winter of 1944 – 1945, the Dutch people suffered a famine because of a Nazi blockade toward the end of WWII. Many people died, but after the war was over the famine was seized upon by researchers to study the effects of malnutrition. As Jackson explains: “Babies conceived during the famine had normal birth weights: their early development was during the famine, but the final trimester occurred after it, and their caught up.” Jackson continues, “Later in life, however, this second group were found likely to be obese and suffer from mental illness—and surprisingly, so were their children.”

Researchers at first had guessed that there might be a genetic link between the parents and the children that was causing the obesity and mental illness, but they didn’t know how this process had worked. It was later discovered that the parents were passing down these traits—that they had acquired during the famine—by means of the epigenome. Simply put, the malnutrition that the parents had dealt with during the famine caused genetic changes that were later passed down to their children. The Dutch Hunger Winter is a classic epigenetic story that illustrates how the environment can affect genes and inheritance.

The reason that epigenetics remain important is that this science is beginning to uncover how the environment interacts with genes . . . and how these environmental forces effect genetic expression and inheritance. Finally, as more evidence becomes known, scientists may be able to understand how our environment affects our genes. Epigenetics has shown that rather than “nature vs. nurture,” the truth may actually be “nature and nurture.”