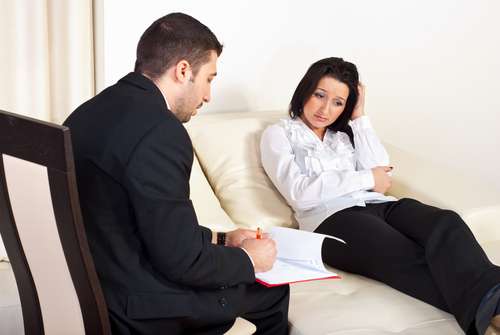 Although I haven’t been to a therapist in more than five years, I spent many years on the couch talking to a therapist and working out the causes and (possible) solutions to whatever issues I had been facing a the time. As an adult child of an alcoholic, I started to attend therapy when I was about 15 years old and stopped at about age 30, so from roughly 1999 until 2013, I had seen a therapist.

Going to therapy has taught me many things, and I hope these lessons can be shared with others.

Mostly due to the insistence of my mother, I started going to therapy at a young age. At first, I resented the idea, and I wasn’t interested in talking to someone else about my problems. In retrospect, I think that this impulse is probably normal, and I would wager a lot of individuals feel this way before they enter into therapy. But over time, I began to really enjoy participating in the therapeutic process, and I learned a lot from it.

My therapist was a strong proponent of Cognitive Behavioral Therapy (CBT), or, as he would say, “thinking about thinking.” Although there are many other approaches to therapy that are effective, CBT worked well for me. Throughout the many sessions I’ve attended over the years, I realized that sometimes therapy takes time and that there are no quick fixes. Also, it if you’re thinking about going to therapy, an individual has to find a therapist they “click” with. I was lucky to find that person early on, and I stuck with him for the entire 15 years.

Another thing I learned is that there doesn’t have to be a stigma about seeing a therapist. For a time, it seemed like I had to hide the fact that I went to therapy, but as time went on, I realized that a lot of people go to therapy, and there is absolutely nothing wrong with it. In fact, when I have conversations now as an adult in my mid-30s with people about mental health in general—if they feel comfortable enough to share with me that they see a therapist—I view it as a sign of good mental health and it tells me that that person must be introspective, thoughtful, and cares about becoming a better human being.

More than anything, I learned that therapy is a process, and—as I said earlier—it may take time to see the results you are looking to get. Changing something overnight, especially one’s thoughts and actions, is almost certainly not going to happen, so although the professional therapist may help guide the way, ultimately, the work of changing ourselves starts and ends with on person: You.

Finally, although I no longer go to therapy, I use the tools and strategies I’ve learned from my years in therapy on an almost daily basis (compared to other mental health interventions like medications, therapy leaves one with lasting . In my opinion, therapy is worth it—it’s worth the time and energy—and whatever you invest you get back tenfold.